I am committed to my path, with or without others.

I have the tools within me to get through this.

I am moving towards in this situation.

It is my divine rights to accept and believe in myself.

I am unique, invaluable, and worthy. 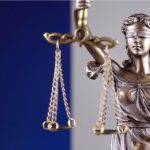