Political Paradigm of Pragmatism from the Khmer Youth part 34

This part (34), the author Mr. Sophan Seng described the recommendations for international aids to Cambodia should be more effective by focusing on grassroots levels than urban organizations. More than this, the aids dependency of Cambodia is not supportive for her future long term development at all.

According to expertise, international aids to Cambodia has created more complicate problems than helping solve the entrenched problems. For instance, foreign expertise and foreign monitors focused more on their continuing careers and lucrative commissions than to transparently implement the aids works.

For the government, the aids channels have given them more leverages to heighten social status and power. There are numerous issues lingering aids corruption if aids had directly provided to the government agencies. There are new trends plausible for aids providers to provide aids to NGOs than government affiliated ones at the present.

This part, the author Mr. Sophan Seng, analysed the ineffective leadership of Pol Pot who has brought communism to change Cambodia political strand. 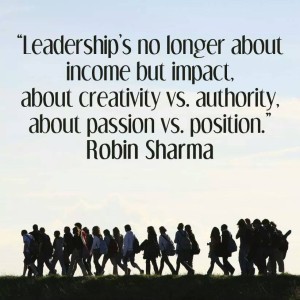 Different from Russia, China, or Vietnam, Cambodia is not necessary to administer communism because Cambodia’s geography is easy to administer, Cambodia’s demography and ethnic groups are not a threat to country division, and Cambodian people are Buddhists who are inclined into freedom than oppression from the communist ideology. Pol Pot who was pursuing ultra-nationalism transformed his uneducated desire into tragedy. This backfire is part of his poor leadership and incompetency.

Thus, his effort was not solely naive and in vain but the foreign expansionist can easily infiltrate into his administrative rings and pushed his ultra-nationalism into the helm of death and sorrow. Not only failure to develop the country politically and economically, many well educated and human resource of Cambodia were facing death. This slaughtering machine resulted in handicap and disability for Cambodia as nation decades to come.

At the end, the author suggested Cambodian leaders to project long term plan by embracing political pragmatism. One of the urgent platforms is to strengthen national security by employing capable anti-terrorism forces as well as secrete agents to protect all unseen attempts aiming to provoke and to ruin the nation by the foreigners or ill-will individuals.

This part is about leaders must sacrifice.