COMMITTEE FOR ELECTION RIGHTS OF OVERSEAS 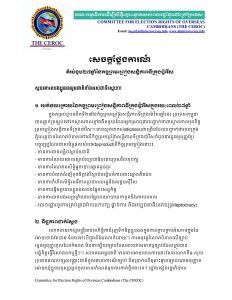 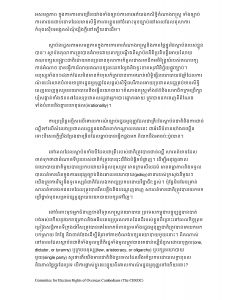 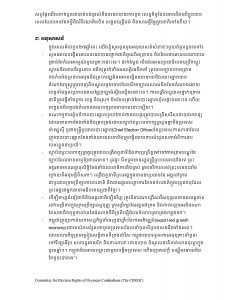 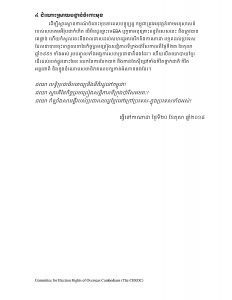 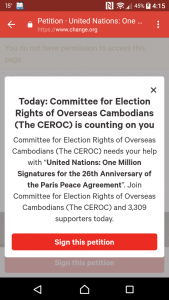 We condemn, in the strongest terms, the calculated and systemic crackdowns on Democracy– 1991 Paris Peace Accords, Opposition Parties, Non-governmental organizations, Unions, and Independent Media, ahead of the upcoming Senate election on January 14, 2018 and general parliamentary election on July 29, 2018. These recent political developments are strangling Cambodia’s fledgling democracy.
END_OF_DOCUMENT_TOKEN_TO_BE_REPLACED

Posted in Economics, Education, Leadership, Politics, Researches | Comments Off on Petition Collection Sent Out To Recipients On The 23rd Of October 2017
Tags: Online Petition, Paris Peace Agreement, The CEROC

Due to current political tension in Cambodia which is turning towards dictatorship leading by single-party government, we undersign to propose the United Nations and 18 signatory countries of the Paris Peace Agreement on October 23, 1991, to join together to solve the political problem in Cambodia in urgent.

Committee for Election Rights of Overseas Cambodians (The CEROC)