One viable approach to halting the degeneration of Cambodia’s ersatz democracy is to engage in channels of dialogue at both national and international levels. At the national level, it is imperative to resume the culture of dialogue between the ruling CPP and the dissolved CNRP.
Dialogue at the international level requires participation and coordination from key external players that have significant leverage over Cambodia’s political and economic landscape, such as the United States, the European Union and China. Other players like Australia, Japan and ASEAN are also important.
Through these channels of discussion and negotiation the course of Cambodia’s democracy, perceived by many as a drift towards autocratic rule, can be reversed.

Cambodia is drifting towards autocracy with a clear trend. An unprecedented crackdown on independent media, civil society and the country’s major opposition party, the Cambodia National Rescue Party (CNRP), hardly suggest otherwise. Whether Hun Sen’s government likes it or not, similar observations about Cambodia will continue to emerge.

Although 19 smaller parties participated in the July 2018 national elections, commentators and observers questioned the credibility of the election. Some called it a sham. Prime Minister Hun Sen’s ruling Cambodian People’s Party (CPP) was unchallenged in the election, allowing the CPP to secure a predictable landslide victory. The party won all 125 parliamentary seats.

Hun Sen’s recent political moves have not gone unnoticed. The United States has placed sanctions on high-ranking Cambodian government officials. The European Union has begun a formal procedure to withdraw its Everything But Arms (EBA) trade preferences. And the Australian and Japanese governments have raised concerns over the dissolution of the main opposition party.

Now, as international pressure mounts, Cambodia’s political tensions seem to be easing. In December 2018 the Cambodian National Assembly amended the Law on Political Parties, paving the way for the 118 banned CNRP politicians to return to politics.

It remains to be seen whether all CNRP officials will request political rehabilitation. So far, only two have. If this trend continues, a division within the opposition between supporters of acting CNRP President Sam Rainsy and former CNRP president Kem Sokha, who was arrested in 2017 prior to the party’s dissolution, may become more severe and lead to a split.

Sam Rainsy, who lives in self-imposed exile, recently announced that he would return to Cambodia this year to fight for change and democracy. He even challenged Hun Sen to a bet over the likelihood of Kem Sokha’s release amid mounting international pressure. He faces imprisonment if he loses, but if he wins Hun Sen has agreed to step down from power.

The high-stakes wager reflects the country’s political dysfunction and could result in a lose-lose situation for both prominent Cambodian political figures. Hun Sen may come under more criticism and Sam Rainsy could further damage his already compromised integrity if they fail to stick to the terms of their political wager. As it stands, it seems likely that Sam Rainsy will try to take advantage of the situation to return to Cambodia, resume his political career and put more pressure on Hun Sen’s government.

The direction of Cambodia’s political development remains unclear amid talk of Sam Rainsy’s return and the possibility of senior CNRP officials returning to politics. Despite this uncertainty, Prime Minister Hun Sen and his ruling elites hold the key to relieving the political deadlock and putting the deteriorating democracy back on track.

Cambodia – Fractured politics and a culture of monologue

The genesis of the culture of dialogue was the close-run 2013 general election when Hun Sen’s ruling Cambodian People’s Party (CPP) came within a few hundred thousand votes (in an electorate of nearly 10 million) of losing the popular ballot to Rainsy’s CNRP.

With a youthful population tired of the cronyism, poor services and lack of opportunities available to them under a CPP government – and unreceptive to the ruling party’s mantra that it brought peace to Cambodia by defeating the Khmer Rouge – the trend was towards change.

The opposition is banking on that continuing and, with two-thirds of the population under 35, is confident of its chances in 2018. The CPP is understandably fearful, and has begun improving education (whose budget in 2016 will, at nearly $500 million, be double its 2013 level) while at the same time, perhaps ominously, shoring up the amount allocated to defense and the police (up nearly two-thirds over the same period to a combined $650 million).

Cambodia – Fractured politics and a culture of monologue

Over a year after Cambodia’s two main parties agreed on a “culture of dialogue,” the deal looks to have unraveled, with the PM warning only his re-election would keep the nation from civil war. Robert Carmichael reports.

The July 2014 agreement between Prime Minister Hun Sen and opposition leader Sam Rainsy was born of a close-run general election the previous year and a subsequent deadlocked, and at times bloody, political process that saw the opposition refuse to take the 55 seats they had won until allegations about electoral fraud were addressed.

But eventually, after months of opposition-led protests and increasingly violent suppression by the authorities, the two sides came to an arrangement. Under its terms, Hun Sen and Rainsy agreed to discuss key issues, while party worthies would resolve lesser disputes.

END_OF_DOCUMENT_TOKEN_TO_BE_REPLACED

Posted in Culture, Economics, Education, Environment, Leadership | Comments Off on Cambodia – Fractured politics and a culture of monologue
Tags: Culture of Dialogue

Political Paradigm of Pragmatism from the Khmer Youth part 23

This part is broadcasted by CMN Radio on June 7-8, 2015 that Mr. Sophan Seng continued to analyse the “Culture of Dialogue” in accordance to Khmer context. 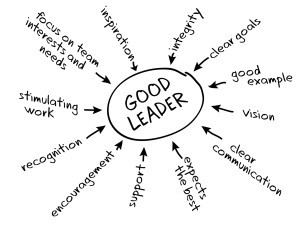 While Cambodia has witnessed some degree of peace but social justice is questionable, the Khmer proverb keeps saying “during the war, the nation needs bravery men; but during the peace, the nation needs educated men”. This context has applied well for Cambodian people, Cambodian youths, and especially those politicians to depart their journey with “knowledge and wisdom” more than “bravery activism”.

With the new investment in using education and wise men to handle with social ills and injustice, the culture of dialogue is very essential to be part of the political means.

To high up to another level, the opposition CNRP is proposed to upgrade itself from activism towards alternative government party by building more capable members within the party as well as to create a shadow government or choose expertise to be ready for government leadership. This party should seek incredible persons who are expertise in Public Servants, Foreign Policy and Diplomacy, Governance System, Economic, Social, Trade, Agriculture, Defense, Tourism, Media, and Education etc.

In the meantime, the Cambodian People’s Party must conduct indept reforms with good political will to bring about social good to the nation. At least, this party must change their view that all those public servants are national manpower, not the party manpower at all. The CPP must stop politicizing those public servants for their political gains, in contrast, the government must implement the civil codes of conduct properly in order to deserve full responsible public servants. 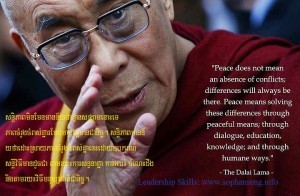 His Holiness the Dalai Lama
in a speech to the “Forum 2000″ Conference,
Prague, Czech Republic, 4 September 1997