Will re-election in Cambodia is possible? 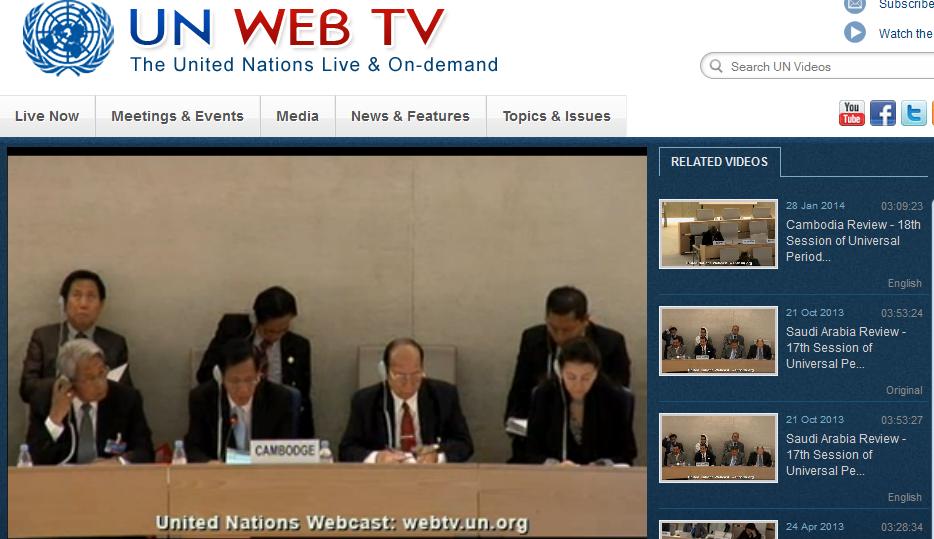 Watching this “18th Session of Universal Periodic Review” on Cambodia this 28 January 2014, Cambodian representatives failed to crystallize the questions of election irregularities, arm-force violence, and the demand for the release of those 23 detainees. Notably, the representatives kept repeating the message at the same content such as in the introduction, in the middle stage of clarification and in the last conclusion. Member countries of Paris Peace Agreement highly recommended Cambodian government to tackle with election irregularities, human rights violation on assembly and peaceful demonstration, and arm-force violence.

Spread the love
Posted in Education, Leadership, Politics, Social | Comments Off on Will re-election in Cambodia is possible?
Tags: Geneva periodic review