Beyond the Chinese Monroe doctrine

But bilateralism alone will not suffice. China should remember that ASEAN — or the closely-related East Asia Summit — has the responsibility of reducing tensions and addressing threats to regional stability as a whole, and nothing challenges regional stability more at this point than the SCS dispute.

Beyond the Chinese Monroe doctrine

The escalating regional tensions over territorial disputes in the South China Sea (SCS) have revived two crucial questions facing Asia’s strategic future: whether China is pursuing a ‘Monroe Doctrine’ over its neighbourhood, including the SCS area; and how far China’s neighbours can go in acquiescing to its rising power. 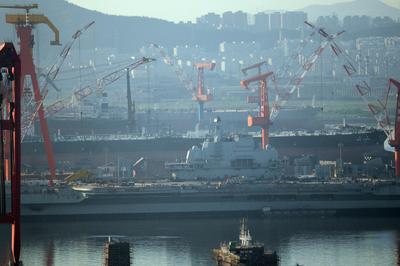 Some see parallels between that policy and China’s rise today. The SCS is China’s backyard and, like 19th century-America, China is a rising power.

In his 2001 book, The Tragedy of Great Power Politics, John Mearsheimer argued: ‘A wealthy China would not be a status quo power but an aggressive state determined to achieve regional hegemony’. Chinese military modernisation appears to be headed exactly in such a direction, developing what military analysts term ‘anti-access, area denial’ capability. In March 2010, the Commander of the US Pacific Command, Admiral Robert Willard, warned: ‘China’s rapid and comprehensive transformation of its armed forces … challenge our freedom of action in the region,’ and ‘potentially infringe on their [US allies’] freedom of action’.