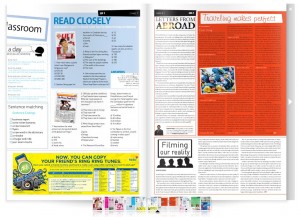 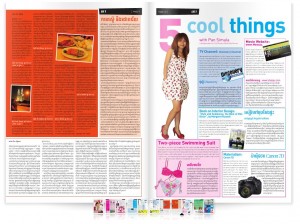 It’s February in Canada and the temperature is below the freezing point. The people are shaking in the cold, harsh winter wind and the ground is entirely covered by a thick layer of white ice. Pheak Kdey, who is 30-years-old, drives his BMW through the blistering cold every day to work at his gas station. But today, he is taking time to join a meeting with other ethnic Cambodians to discuss their action plan for 2010.

The six-strong Khmer Youth Association of Alberta has contributed substantially to its community since it was founded in 1994 in Calgary, a sprawling city in western Canada. Pheak Kdey, who migrated from a border camp in 1983 during the civil war in Cambodia, was raised and educated here, and now runs a family business.

Pheak Kdey is one of many young Cambodians who have grown up in a foreign country, and he said that this hasn’t always been easy. “My parents had a difficult time adapting to a new life in an unfamiliar culture, surrounded by people speaking a foreign language,” he said. “But I enjoyed making new friends at school, and I became a coordinator between my parents and other people in our community.” After graduating from high school, Pheak Kdey began working at a gas station and seven years later, he was the station’s owner.

“You must build clear goals, have an applicable action plan and have persistence to reach your destination,” he said. “I have started from scratch to run my family business while competing with the local people who have better resources than us,” he said. In the future, Pheak Kdey plans to improve and expand his station as much as possible.

In addition to his responsibilities to himself and his family, Pheak Kdey has participated with community enhancement groups to encourage other youths to envision their life far beyond the comfort of their homes. Under its action plan, the Khmer Youth Association intends to achieve goals such as increasing environmental sustainability by collecting bottles to recycle, helping to shovel snow, raking the leaves, trimming the grass for community facilities, gathering youths for picnics and camping, and helping to organise other annual community events.

Take Pheak Kdey as an example – dedication is the key to success, regardless of what country you are in. I ask all youths to utilise their potential in encouraging their family, community and nation to come together for the collective well-being.

Original source of this article: the Phnom Penh Post