How China can defeat America 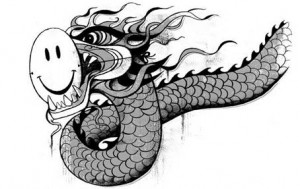 I came to this conclusion from studying ancient Chinese political theorists like Guanzi, Confucius, Xunzi and Mencius. They were writing in the pre-Qin period, before China was unified as an empire more than 2,000 years ago — a world in which small countries were competing ruthlessly for territorial advantage.

China was unified by the ruthless king of Qin in 221 B.C., but his short-lived rule was not nearly as successful as that of Emperor Wu of the Han dynasty, who drew on a mixture of legalistic realism and Confucian “soft power” to rule the country for over 50 years, from 140 B.C. until 86 B.C.

According to the ancient Chinese philosopher Xunzi, there were three types of leadership: humane authority, hegemony and tyranny. Humane authority won the hearts and minds of the people at home and abroad. Tyranny — based on military force — inevitably created enemies. Hegemonic powers lay in between: they did not cheat the people at home or cheat allies abroad. But they were frequently indifferent to moral concerns and often used violence against non-allies. The philosophers generally agreed that humane authority would win in any competition with hegemony or tyranny.

Such theories may seem far removed from our own day, but there are striking parallels. Indeed, Henry Kissinger once told me that he believed that ancient Chinese thought was more likely than any foreign ideology to become the dominant intellectual force behind Chinese foreign policy.

The fragmentation of the pre-Qin era resembles the global divisions of our times, and the prescriptions provided by political theorists from that era are directly relevant today — namely that states relying on military or economic power without concern for morally informed leadership are bound to fail.

Unfortunately, such views are not so influential in this age of economic determinism, even if governments often pay lip service to them. The Chinese government claims that the political leadership of the Communist Party is the basis of China’s economic miracle, but it often acts as though competition with the United States will be played out on the economic field alone. And in America, politicians regularly attribute progress, but never failure, to their own leadership.

Both governments must understand that political leadership, rather than throwing money at problems, will determine who wins the race for global supremacy.

Many people wrongly believe that China can improve its foreign relations only by significantly increasing economic aid. But it’s hard to buy affection; such “friendship” does not stand the test of difficult times.

How, then, can China win people’s hearts across the world? According to ancient Chinese philosophers, it must start at home. Humane authority begins by creating a desirable model at home that inspires people abroad.

This means China must shift its priorities away from economic development to establishing a harmonious society free of today’s huge gaps between rich and poor. It needs to replace money worship with traditional morality and weed out political corruption in favor of social justice and fairness.

In other countries, China must display humane authority in order to compete with the United States, which remains the world’s pre-eminent hegemonic power. Military strength underpins hegemony and helps to explain why the United States has so many allies. President Obama has made strategic mistakes in Afghanistan, Iraq and Libya, but his actions also demonstrate that Washington is capable of leading three foreign wars simultaneously. By contrast, China’s army has not been involved in any war since 1984, with Vietnam, and very few of its high-ranking officers, let alone its soldiers, have any battlefield experience.

America enjoys much better relations with the rest of the world than China in terms of both quantity and quality. America has more than 50 formal military allies, while China has none. North Korea and Pakistan are only quasi-allies of China. The former established a formal alliance with China in 1961, but there have been no joint military maneuvers and no arms sales for decades. China and Pakistan have substantial military cooperation, but they have no formal military alliance binding them together.

To shape a friendly international environment for its rise, Beijing needs to develop more high-quality diplomatic and military relationships than Washington. No leading power is able to have friendly relations with every country in the world, thus the core of competition between China and the United States will be to see who has more high-quality friends. And in order to achieve that goal, China has to provide higher-quality moral leadership than the United States.

China must also recognize that it is a rising power and assume the responsibilities that come with that status. For example, when it comes to providing protection for weaker powers, as the United States has done in Europe and the Persian Gulf, China needs to create additional regional security arrangements with surrounding countries according to the model of the Shanghai Cooperation Organization — a regional forum that includes China, Russia and several central Asian countries.

And politically, China should draw on its tradition of meritocracy. Top government officials should be chosen according to their virtue and wisdom, and not simply technical and administrative ability. China should also open up and choose officials from across the world who meet its standards, so as to improve its governance.

The Tang dynasty — which lasted from the 7th century to the 10th and was perhaps China’s most glorious period — employed a great number of foreigners as high-ranking officials. China should do the same today and compete with America to attract talented immigrants.

OVER the next decade, China’s new leaders will be drawn from a generation that experienced the hardships of the Cultural Revolution. They are resolute and will most likely value political principles more than material benefits. These leaders must play a larger role on the world stage and offer more security protection and economic support to less powerful countries.

This will mean competing with the United States politically, economically and technologically. Such competition may cause diplomatic tensions, but there is little danger of military clashes.

That’s because future Chinese-American competition will differ from that between the United States and the Soviet Union during the cold war. Neither China nor America needs proxy wars to protect its strategic interests or to gain access to natural resources and technology.

China’s quest to enhance its world leadership status and America’s effort to maintain its present position is a zero-sum game. It is the battle for people’s hearts and minds that will determine who eventually prevails. And, as China’s ancient philosophers predicted, the country that displays more humane authority will win.

Yan Xuetong, the author of “Ancient Chinese Thought, Modern Chinese Power,” is a professor of political science and dean of the Institute of Modern International Relations at Tsinghua University. This essay was translated by Zhaowen Wu and David Liu from the Chinese.