In Cambodia, those post-baby boomers are known for their conceptualization on the Politics of the United Nations, Human Rights, Democracy, Free and Fair Election, and Freedom. They have lived through time of political reconciliation, non-violence, culture of dialogue, democratic elections, economic liberalization, social injustice, social gap, minimum wage and jobs seeking, and contesting leadership of two party state of Cambodia. They were not divided by monarchy and anti-monarchy, political violence of systematic atrocity and revenge, but experienced the Vietnamese military presence in Cambodia. They are not xenophobic, paranoiac, or irrational in general. They are more into conflict resolution than conflict revolution.

They were born out of fear and PTSD syndromes. Their attitudes are likely rebellious and pertaining sophisticated public expressing. They like to take risk and adventuring in life cultivation. They have not been reluctant to seek new world or new unknown territories such as traveling to abroad for jobs or to urban areas for new decent career opportunities. Those have become family chief, not the parents or elder siblings as ever been before. They are used to with smart phone and internet media. Like those post-baby boomers, but slightly different, those silent generations of Cambodia are more rebellious than post-baby boomers and engaging deeper into the world of mystery, fantasy, and unpredictability. Their political approaches are sharp and vital. Their worldview is justice, equality and freedom.

Last time, I described the shock of political culture of Cambodia and the 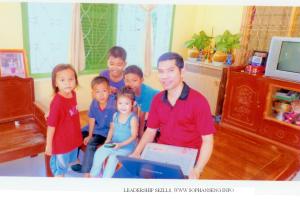 Courtesy and Copyright by Sophoan Seng

prospect to gaining new social fabric of this society through the new approaches of opposition party CNRP; today I am keen to explore some argument that can boost the right decision-making for the policy maker in organizing political party.

What has shocked political culture of Cambodia? – The three dichotomous generations through experiencing three distinctive political patterns in Cambodia such as generation of anti-monarchy (1970-1975), generations of violence (1975-1979), and generation of foreign occupation who accumulated extreme sentiment over Vietnamese hegemony (1979-1990). At least, individual Cambodian has possessed one of these syndromes, two, or all of them. The dividing Cambodian society has been illustrated by this political shock.

What is the conflict of generation in Cambodia? – According to the research of demographic change in Cambodia, at present, there are at least 70% of Cambodian population are aged under 38 years old. This youth bulk figure has impregnably indicated the domination of youth or younger generation. This generation is counted into post-baby boomers and silent generation. They are called post-baby boomers because they were born out of affection of the three syndromes-problematic generations. They are called the silent generation because their belief, behavior and future vision are out of traditional norms, unpredictable, and mysterious. While most of their spending time is with the internet and facebook, they have overwhelmingly expressed with their peers in a very secretive way.

END_OF_DOCUMENT_TOKEN_TO_BE_REPLACED

Posted in Culture, Economics, Education, Internet, Leadership | Comments Off on The Conflict of Generation in Cambodia and the Mindset of Policy Maker
Tags: Policy, public policy