The letter from the King of Cambodia and the public doubts

Recently, there are debated on the letter of Cambodia’s King, Norodom Sihamoni, issued on August 30th, 2013 regarding its originality and genuine. People and expert posed a lot doubts on new practices of the letter such as placing the date differently, no issued place was mentioned, the use of different font, the signature is like a copy and paste, and the context is not consistent relating to the letter issued on August 17th, 2013. 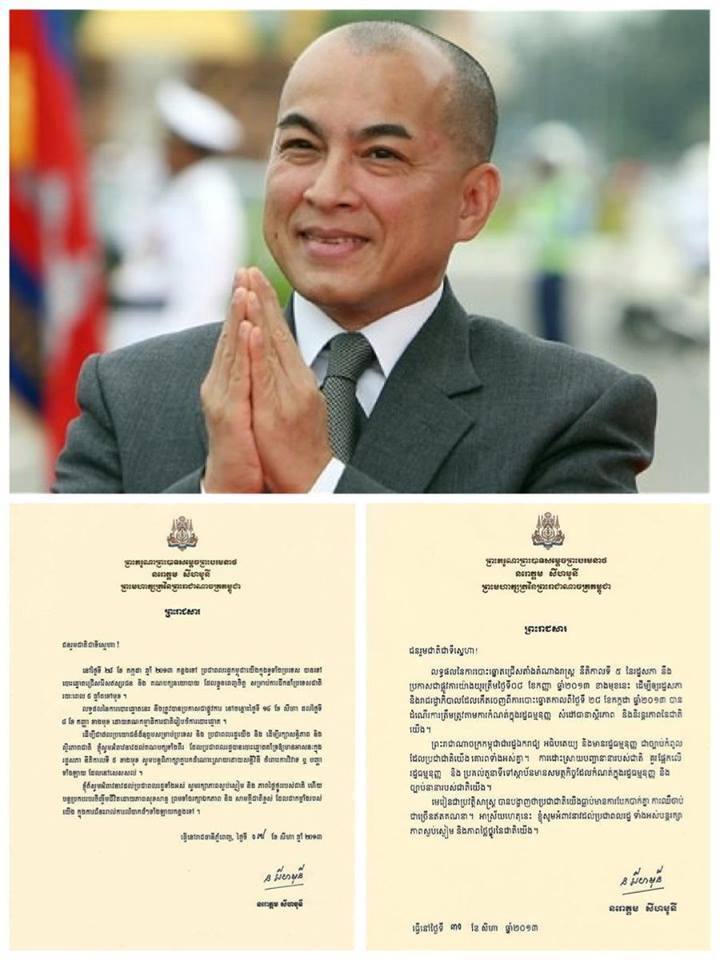 Some suggested that to prove the letter is genuine or not, the verification and confirmation should base on four main factors such as verification from the Office of the King, the Major Foreign Media, the Official Media and the Government’s Spokesperson. However, latter the opposition leader wrote letter to the King regarding this letter; and the King responded to the opposition leader. The doubts is eventually ended.

However, I think there are huge benefit from closely investigating into the behavior of Cambodian politicians including the King of Cambodia. See above here for his change of habit in placing the date into his letter. I think the analysis into the meaning and context of the letter and signature, is another challenge. And to place suspicion as well as the weigh of the letter is required a lot of courage and diligence. Previously, I have learnt a lot from placing doubts into the genuine and originality of the letter discussed by Dr. Lao Mong Hay through the media.

In the future, we will seek and share the Code of Conduct for the Royalty regarding to the style and design of the Royal Letter sending to his people? Is the letter standardized or freely practiced?
Peace,
Sophoan
Spread the love
Posted in Culture, Education, Leadership, Politics | Comments Off on The letter from the King of Cambodia and the public doubts
Tags: King Sihamoni