CNRP and CPP on their way of negotiation 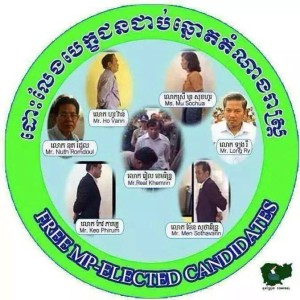 Right now, Cambodian people are eagerly waiting to hear the result of negotiation between CNRP and CPP to end the one year long political stagnation. This resuming talk happened during the political tension as authority and court of Cambodia arrested and detained 7 MPs-elect of CNRP and a youth activist on felony charges such as violence incitement and insurrection. The charges have been seen politically motivated. The Cambodian people and the world diplomats are roaring to this unacceptable pre-trial detention. Those 8 detainees are named as “the prisoner of conscience”. Until now, Cambodia has received the title of “prisoner of conscience” not less than 37 people. This entitle is named and recognized by civil society and world community movements for justice and democracy. So we couldn’t fathom how bad justice system in Cambodia. This system has been well-known for its biases and subservient to the power of incumbent politicians.

Amid arresting and detaining of the CNRP’s important officials, it is 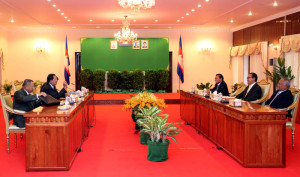 surely a pressure for this party to accept some conditions assigned by the CPP. First of all, the negotiation is a package talk which means authority must release those detainees without condition, and the agenda to breakthrough the political deadlock was already outlined during the phone talk (which was recorded) between Sam Rainsy and Hun Sen on April 9, 2014. So two parties seems have realistic road-map for their ongoing negotiation today. We pray for the success which means “good faith negotiation can happen only until both sides put the national interests first”. National interests right now are very important such as in-dept reform of NEC, neutral mass media, and early election conducting. These mentioned flaws are caused by the last year vast election irregularities and these irregularities have inherited since post UNs-sponsored election in 1993. 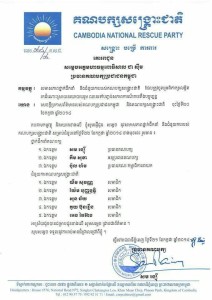 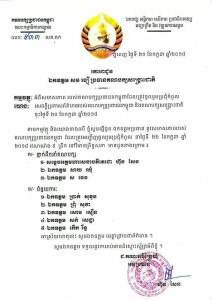 Post by Sam Rainsy.
Spread the love
Posted in Culture, Education, Leadership | Comments Off on CNRP and CPP on their way of negotiation


« Political Analysis on Cambodia Political Culture of Violence: Revolutionists VS Pragmatists
Translation of Negotiation Agreement between CNRP and CPP »