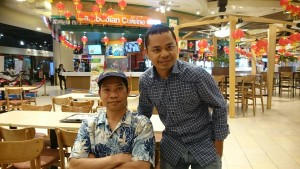 One Comment to Remittances transferred from Asian Americans to the origin country: a case study among Cambodian Americans