This upcoming election of Senate in February 25, 2018 and national election in July 29, 2018 are very questionable on its legitimacy as the key voters of largest opposition party CNRP (tantalizing of 5007 councillors) have been redistributed to other parties especially to the government-led party CPP and the dissolution as well as the banning of 118 core members of the CNRP. The excuse of law ratifying to redistributing seats (both law-makers in the parliament and the lower governance apparatus commune-Sangkat councillors) has been outraged by both the providence of such law amending and nationwide errs. More than that, the international community has ever come to shoulder to respond to this systemic crackdown on the state of democracy and human rights brokering since the first election in 1993 sponsored by the UNTAC.

The strength on his political manoeuvring of Prime Minister Hun Sen through the backing of China and the resistance to reinstating back to the original course from both Cambodian nationals and international community are likely not in equilibrium. Thus, pragmatists see that this imbalance will lead to an uncontested solution. 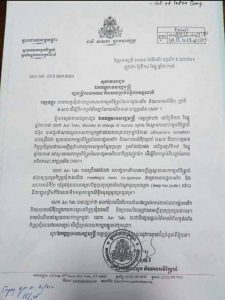 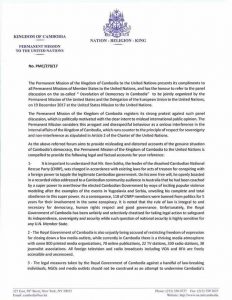 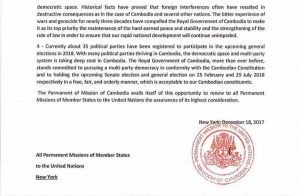 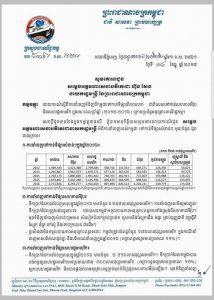 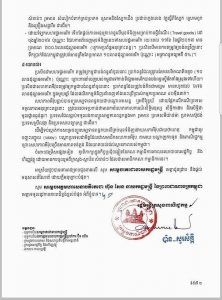 Prime Minister Hun Sen has been known for his relentless and successful manoeuvring the tactic of “divide and conquer” on his several political contenders. With the increasing of votes towards the opposition CNRP in both national election 2013 and commune-Sangkat election in 2017, the preparedness and implementation on the dissolution of this largest opposition party has been undertaken. There were no doubts on the amendments by single party (CPP) on several laws such as NGOs laws (LANGO), law of labours unions, law of the press and media (sic), and three times adjustment of the law on political party etc.  Mixing his repeated warnings on war if he lost the election to these efforts on law amendments to sideline his opponent is a concerted effort to substantiate the facade of democracy in Cambodia.

With current state of international competitiveness, China publicly announced its support of the dissolution of the CNRP as well as other jailing and threats on the opposition members. The narrative of colour revolution has been made and publicized at large to apply the course of jailing Kem Sokha, president of the CNRP, and the judgement of the Supreme Court to dissolve the CNRP with the conviction of colour revolution to topple a legitimate government.

In hand, Hun Sen has comforted his zone through high ranking positioning of arm-force from his children, to relatives, and to closest loyalists, on key responsibility such as the bodyguard units, the intelligent police, the national police, the military police, and the army. The coffer’s pockets are full of loyal Oknha (entitlement of Lord to cementing patronage beaurocrats of oligarchy) and the key position of treasurers (money’s controllers) of his trust. The governance system of spreading his loyalists to key positions such as the Royal Palace, the Assembly, the Senate, and the Judiciary, the state’s human rights body, the state’s anti-corruption unit, etc., is tangible.

The dissolution of the CNRP and the redistributing all those seats is comfortably with no distress of reprisal is known as the physical “winning” of the battle while the destruction and violation on the rule of law as well as the disrespectful to the half-nationwide-population voice of the Cambodian people is the moral “defeating” of the war. The domestic outcry of the people levelling at the state of silence is one of the testimonies of their political maturity. They are silently ready to exercise their voice through secrete ballots. The international community representing over 70% of the earth surface has come out with concrete actions and action-plans to respond to Hun Sen’s manoeuvring. 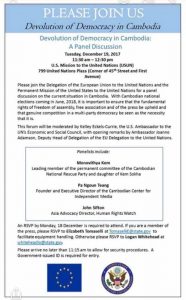 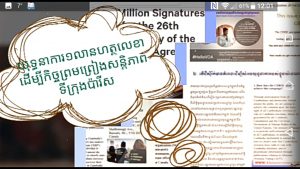 Led by the US and EU, the sanction on individuals of the powerful elites of Hun Sen’s administration is not sufficient. The effort to call for the reconvening of the signatory countries of the Paris Peace Agreements is on pending. It is no doubt that H.E. Pan Sosak, Minister of Commerce, wrote a letter to Prime Minister Hun Sen to tell him the truth on the impact of trade loss sanctioned by the US and EU.  It is no doubt that H.E. Tuy Ry, Cambodian commissioner to the United Nations, wrote letter to the Minister of Foreign Affairs on an invitation to join the discussion among permanent member states led by the US and EU at the United Nations this December 19, 2017. It is no doubt that Prime Minister Hun Sen has come out with different scenarios for the reviving of the opposition party by suggesting them to create a new party.

For trade alone, Cambodia can face trade loss up to 75% for its national revenue earned from trade. This huge wealth of exporting major garment and agriculture products to the market in the US and EU have fed the government, the mouth of Oknhas, as well as the hundred thousands garment workers. There are some explanations to seek substitutes to these losses, but in fact, the pain of individual’s visa ban and asset freezing widening to this trade sanctioning etc., is not yet substantial to the loss of political recognition and legitimacy at the present as well as the future. 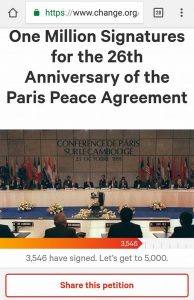 Domestically, Cambodian population at large has emerged the youngest bulk representing 65% with under 35 years of age. This generation is self-determination seekers, rebellious to entrenching injustice, and championing of the political maturity. Nevertheless, Cambodians overseas who have been known for their advocacy and campaign for the Paris Peace Accords in 1991, have ever come together in the largest force to pushing for democracy improvement in Cambodia. On the International Human Rights Day 10 December 2017, they have travelled from different corners of North America in unison to the White House in Washington DC. to voice their concerns. Thousands of signing of Cambodian people signed www.change.org for the reviving of the Paris Peace Agreements. Legally, political, and economical, Cambodia government is an entity of binding with international community standard, this entity is not solely under Cambodia constitution, but no one can manipulate it for the sake of personal wealth and power at all.