Amid political stunt of cracking down on Cambodia’s democracy to increase the authoritarian leadership, the new episode of cold war politics in Cambodia has been rewritten to centralize a personal cult of dictatorial behaviour. After exiling Sam Rainsy and jailing Kem Sokha, the dissolution of CNRP was completed; the version of colour revolution and the personal cult narrative are made. But there are something dangerous over there inevitably. 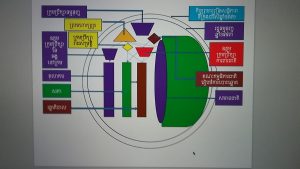 Different from the cold war when King Sihanouk allied with China to combat against USA as well as Vietnam allied with Russia to combat against both China and USA, Hun Sen has faced a more deadly bumpy road under current free market political economy. Pol Pot who was spearheaded by China was very disappointing when China didn’t stop Vietnam from invading Cambodia to stop their brutal rule in January 7, 1979. China didn’t care how much Vietnamese conspiracy was strongly built within the Khmer Rouge organization; China has cared only to control them both, Vietnam and Cambodia. Now, with Hun Sen’s administration cracking down a viable political party CNRP that could neutralize brutality in Cambodia, only China has come out to support with promising millions of dollar in aides including releasing a statement to guarantee free and fair election although China has no free and fair election in its country.

The tide of resistance from both domestic forces and international forces will firmly and increasingly position Hun Sen into China’s armpit. But like Pol Pot, China’s interest is first. USA and China cannot retreat themselves from the bonding of free market benefits. If the election will be conducted without the participation of CNRP, the deadly game will be inevitably exploded. 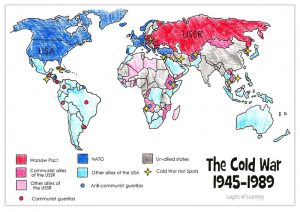 This year, the narrative of January 7 is purely boosting Hun Sen as the key actor. The clip was made in English subtitling aiming to lure international forces as well as to appeal voters’ support of CPP’s salvation version while the truth of history of this day is truly spitting on the face of all CPP’s circle elites. Resulting from 2013 national election, and the absence of celebration in January 7, 2014, the effort to light it up this year is remained more deeply suspicious among Cambodia’s voters. Khmer proverb says “don’t try to force someone to believe in you if you are not honestly telling the truth to them”, and “too much lie will defeat yourself”. And it is like what the Premier affirmed himself in the clip “don’t hope that brutality and cruelty can help you keep power. This lesson must be learned deeply. The more dictatorial and the more brutal, the sooner the collapse is.”

Selling old product of January 7, 1979 of the CPP has been hopeless by the observers as those believers in this day are representing around 30% among all eligible voters. With too overwhelming reversal political strategy of Hun Sen such as self-proclaimed hero, whitening out democratic force, politicizing every breadth of Cambodian society, family built-up wealth, pervasive corruptions, and praising this day of foreign invasion, denying UNTAC etc. shall distance Hun Sen and his regime far away from democratic election more and more. These forces are the extreme that can bring both dead and survival. But how could he hide himself by the shield of China alone?

CNRP has come a long way by its evolutionizing through the trend of the people, but it has less experience in adapting itself to “the survival of the fittest”. The latest tactic of pushing its boat along the stream could greatly benefit its investment, but it is also yielding an unpredictable result. To void this, this party must be more pragmatic in its action plan, long term plan, conviction, and workmanship. The existing system of political structure of Cambodia couldn’t permit free will and free mind of the democrats to exercise their potential fully. The pragmatists see these loopholes as the essential factors to adapt and change from within at the maximum. Now, all existing forces are not yet used. The domestic forces are like laid eggs waiting owner to pick and cook them. The international forces are partly used.


« Present Cambodia’s Conundrum and Its Foreseeable Future
To Liberate Cambodia »