Political Paradigm of Pragmatism from the Khmer Youth part 70

This part (70), broadcasted by CMN Radio on 26-27 June 2016, Mr. Sophan Seng discussed the deficits of neutrality and effective work performance of the NEC because of political influence by the government-led party.

EU expressed worry on the assignment to local authority to taking part in voters registration following steps of old controversial mechanism. This latest phenomena is one among those irregularities NEC has undergone under the pressure and influence of government. NEC has difficulties to match between ID or voters registration files with database of citizens. NEC has obstacles to access to citizen-database as well as conduct its business independently especially provision laws enacted in March 24, 2015.

Very different from Election Committee of Canada that government and authority respected all its business operations and requests for close incorporation, Cambodia’s NEC has always been under consultations with government in all its business transactions.

Political Paradigm of Pragmatism from the Khmer Youth part 69 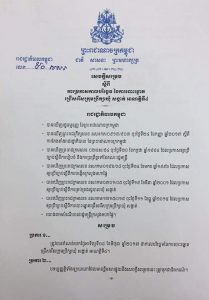 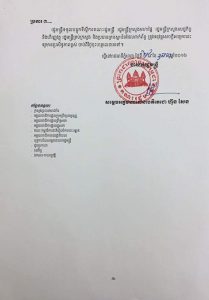 This part (69), broadcasted by CMN on 19-20 June 2016, Mr. Sophan Seng articulated on the murky line of NEC to conduct its business independently. Many indicators have been discussed including the inability of NEC to control over data base of voter list and authorization of different election mandates particularly mandating the election date etc.

Over all NEC reform has been hindered by the effort of incumbent government to influence the performance of a neutral and independent NEC.

Why Cambodia government has worked out many activities to get maximize control over NEC? This doubt is not simple and easy to understand as Cambodian government and Cambodia’s People Party (CPP) has no clear line of working ethics and professionalism.