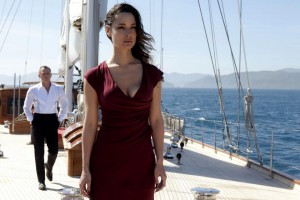 BE THE CHANGE YOU WANT TO SEE IN THE WORLD SAID GANDHI .

HELP THIS STRUGGELING AND HISTORICAL TRIAL BE A SUCCESS , SO THAT THE WORLD AND FUTURE GENERATIONS CAN KNOW THAT MURDERERS , MASS MURDERS , GENOCIDES , FOR THE ONLY WILL AND PLEASURE OF A HANDFUL OF INSANE PEOPLE DRIVEN BY THEIR ONLY EGOS , IS WRONG .

LET US HELP BRING AN EXAMPLE OF JUSTICE THROUGHT THE WORLD…

… A MESSAGE THAT , WE , HUMANITY CARE ABOUT THE UNSPEAKABLE VIOLENCE COMMITTED AGAINST INNOCENT PEOPLE , BABIES , CHILDREN , MEN , WOMEN AROUND THE WORLD AND TROUGHT HISTORY .

LET US GATHER , FOR A BETTER WORLD .

I BELEIVE DEEPLY IN MY HEART , CAN AND WILL CHANGE THE WORLD FOR A BETTER PLACE .

Thank you to all of you beautiful hearts and souls who care and understand the crucial stakes of this Historical trial .
An Historical turning point , you are the true modern Heros of today and tomorrow .

A Khmer proverb, Chaul stung tarm bawt, says if you travel a river you must follow its bend. In contemporary Cambodia, the behavior represented in the ancient proverb is cast aside in favor of conduct expressed through a saying, Thveu doch ke doch aeng, or “Do like others do.” If you don’t follow the bends in the river, you won’t get where you want to go, says the old proverb. But the current translation alters the meaning: If you don’t do as others do, you will look odd and be the subject of ridicule.

A classic psychological experiment found one in three persons would modify his or her own opinion to conform with that of others. Conformity is a human trait. But Cambodians are generally conformists by culture.

For two thousand years, Khmers have been taught to korup (respect), bamreur (serve), and karpier (defend) rulers and authorities. To deviate from this behavioral pattern raises a question of the transgressor’s smoh trang (loyalty). Such distrust, or min touk chet, is an opening toward an eventual charge of kbawt (treason).

Cambodia’s current autocratic Prime Minister Hun Sen is employing this culture to maintain his rule. Many Cambodians today, like most in the past, are directly or obliquely coerced to obey the regime – or at least not to oppose it. Not wanting to be charged with treason, kbawt, one wants to be seen doch ke doch aeng – to do like others do.

Changing such a culture — attitudes, norms, ways of doing things of a whole people — is difficult but is necessary if the country is to change its destiny. In the Khmer nation of conformists, a change of such culture may be accomplished by Khmer Buddhists (comprising more than 90 percent of the population) who apply what their Lord Buddha teaches: Buddhists do not mind what others do or not do, but value an individual’s action to create a future of his or her own choosing. Humans are responsible for their own destiny. In the words of Khmer writer Bouawat Sithi, “with a wholesome state of mind,” humans can create “a heaven” — peace — for themselves and others; “with an unwholesome state of mind,” humans can create “a hell.”

END_OF_DOCUMENT_TOKEN_TO_BE_REPLACED

Life of Sokleang a maid worked in Malaysia

This is a sad story of a Cambodian maid worked in Malaysia. In general, Cambodians don’t know the situation and life style of Malaysian people. Many of them think that people of Malaysia are rich and can give them a lot of money. In reality, the living standard and life style might be not in what they are dreaming. This story of Sokleang is heartbreaking and regretful. We wish her recover from her mental problem soon. Thanks to all sympathetic people towards her.

On behalf of her family, we would like to express our sincerest thanks to all individuals, media and authorities who assisted in bringing Phat Sokleang back to her family. Sokleang left her home on the morning of Monday, August 27, 2012 and disappeared for two days. She was found in Tuol Krosang Pagoda, located in Sen Sok District, Phnom Penh on Wednesday afternoon, August 29, 2012. Sokleang is now at home safely in Kamong Siem District, Kampong Cham Province.

As a victim of labor trafficking, Sokleang is not in a proper mental state. She was a normal girl before working as a maid in Malaysia in 2005. Sokleang was 15 years old when she was recruited for domestic work. After only 4 months of employment she returned to Cambodia with horrific mental trauma that has ruled her life for the last 7 years. Barely able to speak or eat and refusing to wear clothes she was tied to her family home for her own safety. After locating her in 2011, CLEC has been helping her family to provide proper medical treatment and rehabilitation. 7 years on, she is receiving treatment from psychological doctors. Sokleang was only one of an estimated 50,000 Cambodian maids in Malaysia.