Election Watch: Violence in the Election 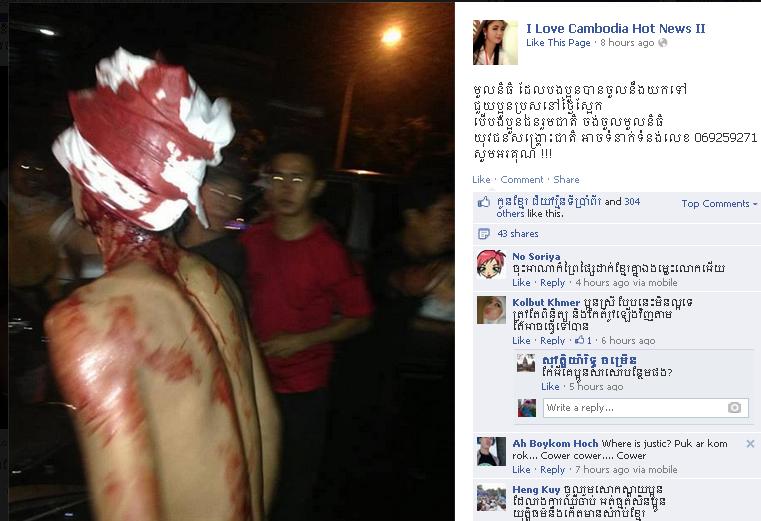 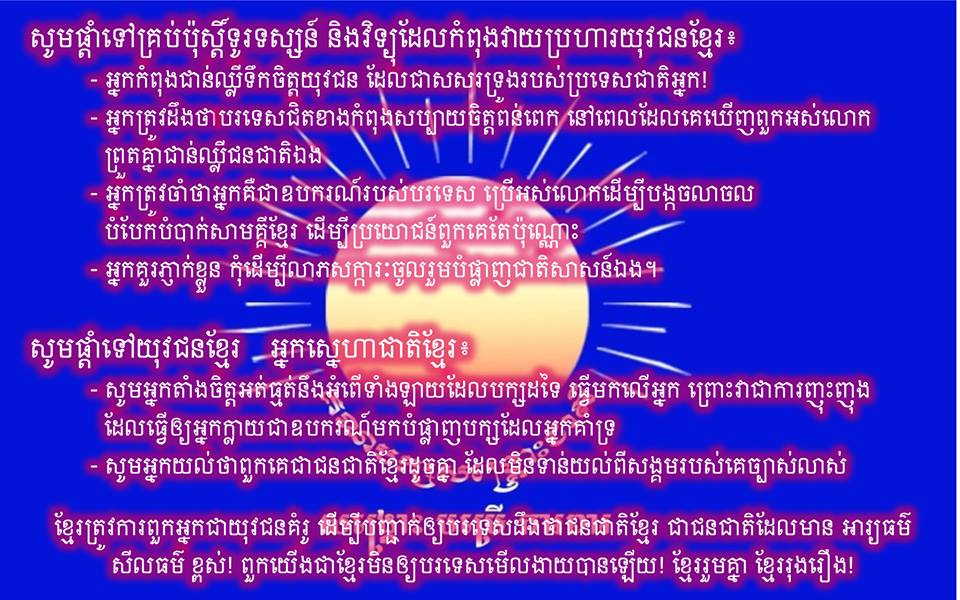 Messages to all TV channels and Radios which are attacking Khmer youth.
Messages are concerning on violence should not be incited between Khmers and Khmers. If violence occurs, foreigner has always taken advantage. All Khmers must wake up for a great unification as a Khmer family. Message advised all youth to conduct professionally, non-violence and stay in unity.
Photo courtesy: Facebook

After Aja A’s comment on violence and military coup will happen if the CNRP won the election, NEC has taken a historical action to order shutting down this radio channel. But civil societies are eager to see official confirmation from top officials of military and police department to this incitement comment. Aja A or Seng Bunveng’s comment is seen as intimidation during this election season.

However, it has become heating debate and sharing on facebook right now after CTN aired a video clip made by cutting from different sources accusing the CNRP’s supporters and youth as immature, bad behaviour and gangster. The clip televised throughout the country and ended by a song praising the CPP.

NEC must also take action on this airing clip whose content is considered causing hatred among political supporters. It is likely an incitement. After the airing many violences happened.

This is the clip aired by CTN accusing CNRP’s supporters are racist, disorganized, particularly young supporters (youth) are like gangster.

This is a clip of another man who was bleeding on his head.


« Letter to the Editor of Phnom Penh Post about the Return of H.E.Sam Rainsy
Last Epilogue of the Cambodia Election »