All Cambodians overseas are entitled to vote in Cambodia elections 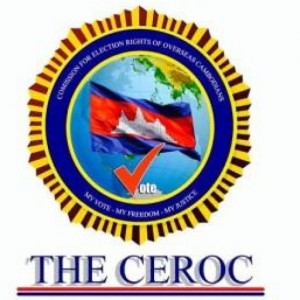 Posted in Culture, Economics, Education, Leadership, Politics, Researches | Comments Off on All Cambodians overseas are entitled to vote in Cambodia elections
Tags: Cambodians Overseas, The CEROC 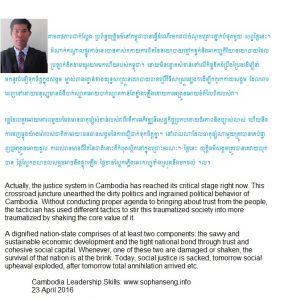 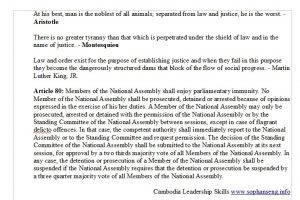 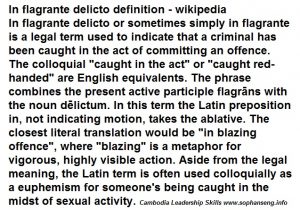 Actually, the justice system in Cambodia has reached its critical stage right now. This crossroad juncture unearthed the dirty politics and ingrained political behavior of Cambodia. Without conducting proper agenda to bringing about trust from the people, the tactician has used different tactics to stir this traumatized society into more traumatized by shaking the core value of it.

A dignified nation-state comprises of at least two components: the savvy and sustainable economic development and the tight national bond through trust and cohesive social capital. Whenever, one of these two are damaged or shaken, the survival of that nation is at the brink. Today, social justice is sacked, tomorrow social upheaval exploded, after tomorrow total annihilation arrived etc.

Posted in Culture, Economics, Education, Leadership, Politics, Researches, Social | Comments Off on Cambodia is at the brink of disaster as Justice System is sacked and twisted
Tags: social justice

Right to vote of Cambodians overseas responding to Hun Manet

Political Paradigm of Pragmatism from the Khmer Youth part 60 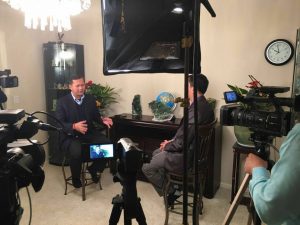 On behalf of a Cambodian oversea, I am disappointed by Hun Manet who was interviewed by VOA Khmer recently about the rights to vote of Cambodians overseas.

His father and Hun Manet seems have no political will to facilitate easy access for Cambodians overseas to exercise their rights to vote. He and his father have the same reason to not allow Cambodians overseas to vote as those reasons are typical technical issues. If we are going to discuss technical issues, we could learn from Myanmar, Thailand and the Philippines, or we can establish our own mechanism.

Intention to obstruct Cambodians overseas to vote in Cambodia elections is a violation over Cambodia Constitution and the Universal Declaration of Human Rights of the United Nations in which Cambodia is a covenant.

On the 16th anniversary of its adoption, observers reopen a debate on the founding document’s legacy

KEY PROVISIONS IN THE 1993 CAMBODIAN CONSTITUTION:

AS the Kingdom marks the 16th birthday of its Constitution, adopted with much fanfare on this day in 1993, observers remain divided on the elusive document, opening a debate on whether it stands as a symbol of Cambodia’s emergence from years of war and conflict or a sign of squandered opportunities.

The Constitution that came into force on September 24, 1993, was a watershed in Cambodian history, containing a separation of powers (Article 51), adherence to international human rights treaties (Article 31) and a series of provisions respecting basic civil rights (Articles 32 to 50).

Coming at the tail end of the United Nations Transitional Authority in Cambodia (UNTAC) and just four months after Cambodia’s first multi-party elections in decades, the Constitution arrived at an important crossroads in the country’s history. But some say the story of the document since 1993 has largely been one of form over substance.

“We have a sophisticated set of documents, but documents are only papers. The facade is there, but there is no democratic substance,” opposition leader Sam Rainsy told the Post.