This part (76), Mr. Sophan described the relationship between Cambodia and Vietnam after many harsh exchanges of attack through Hun Sen’s facebook page as a new show Hun Sen has drawn attention his electorates. 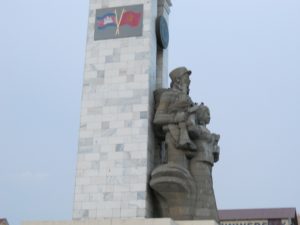 The exchange of attacks through social media intrigued Chinese State military news outlet penned down the brusk as a good step of Prime Minister Hun Sen and praised of his leadership including mentioning his Chinese blood descendant.

He concluded that foreign policy Hun Sen is conducting right now has truly reflected Cambodia’s political turmoils during the cold war: Khmer Rouge was established and trained by Vietnam but took China as its ally to counter-strike Vietnam. But this time, Vietnam has worked to gain many allies and it has achieved more than during that time. This reality shows how Hun Sen’s foreign policy is dangerous for Cambodia?