Frustration is growing among Cambodian pro-democracy activists, but Hun Sen’s position has never been stronger. 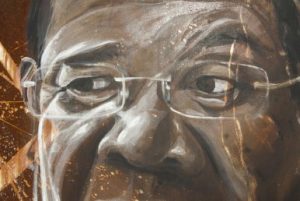 Despite being well versed in the chaotic metropolises of South East Asia, I still found myself surprised by the coarseness of Cambodia’s capital city when I visited for the first time last month. Half-finished construction sites spill out into the roads, depriving pedestrians of footpaths and adding to Phnom Penh’s not-quite-finished character. Yet for the capital of a country that is now just three months away from a general election, there is a notable absence of the usual broad-faced men bearing grins and upwards pointing thumbs that you might expect to see postered to the sides of buildings and billboards. You may, in fact, be forgiven for not knowing that there is an upcoming election at all.

Cambodia’s leader, Hun Sen, is the world’s longest-serving prime minister having held the position since 1985. Rising to power as a battalion commander under the Khmer Rouge, he defected to Vietnam and became a leader of the rebellion against the regime before being appointed as deputy prime minister in the Vietnamese-installed government in 1979. Since then, Hun Sen has refused to relinquish power, and despite losing a UN-sponsored election in 1993 he went on to lead a successful coup against his co-prime minister, cementing his position at the head of the ever-incumbent Cambodian People’s Party (CPP). His reign has been characterized by the stifling of democracy and unabashed brutalizing of the opposition.

At the head of a government widely accepted as one of the world’s most openly corrupt, Hun Sen’s immediate family is known to have registered interests in over 114 domestic private companies, holding total or substantial control in 90 percent of them. These sectors span the breadth of the economy, from construction to hospitality, telecoms to media, and finance to mining. His relatives also hold key positions within the government and the military, increasingly embedding themselves into the country’s elite apparatus.

In the four years since there has been an undeniable systematic dismantling of the opposition party, and an intensified purge of government critics. With the assistance of the state’s judiciary, the party’s new leader Kem Sohka was arrested for treason in September 2017, while over 100 members of the CNRP’s leadership have been banned from participating in politics for the next five years.The only serious contender to have challenged the rule of the CPP was the Cambodia National Rescue Party (CNRP). Formed in a merger of two opposition parties and united under prominent reform campaigner Sam Rainsy, the party won a 44 percent share of the vote in the 2013 general election, nearly topping the CPP’s 49 percent. Despite Human Rights Watch supporting the CNRP’s accusations of electoral fraud, citing the registering of voters in multiple provinces and the issuing of fake election documents by the CPP, the incumbent government denied calls for an independent review into the election.

In November 2017, the Supreme Court officially disbanded the CNRP, eradicating the only serious contender in the upcoming general election and making the CPP’s landslide victory inevitable. The day was branded “The Death of Democracy” by the Phnom Penh Post, one of the only remaining English-language publication not closed down in recent years.

Sam Rainsy, who has been in exile since 2016 after being charged with defamation for accusing Hun Sen’s government of murdering the high-profile political activist Kem Ley, has since set up the offshoot Cambodia National Rescue Movement (CNRM) in an attempt to pull together an opposition ahead of the election. However, rather than uniting the opposition, this has further fractured relations with some adamant members of the disbanded CNRP who are opposed to the abandonment of their party. Many more are refusing to publicly support the new party in fear that their association could lead to their arrest if this party is targeted by the CPP too.

In this climate of intense frustration some commentators are questioning whether Hun Sen has gone too far, and in fact sealed his own fate by inciting a public uprising against the CPP. While others have underlined the claim that only 30 percent of the junior members of the armed forces now genuinely support the regime.

Yet while it is true that frustration is growing among Cambodian pro-democracy activists, there is no “Cambodian Spring” in the offing. Hun Sen’s position in the country has never been stronger; with no organized opposition to challenge him and near total de facto control of the judiciary, military, police force, and press.

I spoke to Dr. Sorpong Peou, a Cambodian-born Canadian professor at Ryerson University and an expert on politics and security in Cambodia, about the country’s immediate political outlook.

“My prediction is that anti-government protests and demonstrations are likely to develop as the July elections are fast approaching, but I don’t know if they will be sustained. The opposition, in my opinion, has weakened and will not be resilient. [Whereas] the CPP-led government is likely to use force to crush or thwart any movements seeking to challenge its power.”

When asked if he believed that Hun Sen could maintain power for the next decade, as he has stated his intention to, he told me there was no doubt about it. “Hun Sen cannot afford to lose because losing in Cambodia can mean the end, if not death.”

“The lack of legitimate state institutions has left Cambodia more or less in the Hobbesian ‘state of nature’, and the politics of survival remains intense. Thus, I don’t expect Hun Sen and his CPP to go down without a fight to the death. For me, this is the great Cambodian tragedy.”

Hun Sen has never been investigated by the International Criminal Court for his complicity in the Khmer Rouge regime and does not intend to stand trial either for the politically-motivated murders alleged against him since he has been in power.

At the start of 2011’s Arab Spring, one single act of desperate rebellion against the totalitarianism of the Tunisian government brought the rest of the country out onto the streets and incited a rejection of authoritarianism that swept the region. But in Cambodia, the violent silencing of those who do protest is successfully dissuading others from taking part. This is not to say that protest does not occur in Cambodia: it does and it is widespread at the local level – especially on issues of land ownership and forced eviction. But there is an absence of a protest movement willing to demonstrate in the streets against Hun Sen and Cambodia’s ruling elite, and those that do dare to are short-lived; rather than further enraging, the use of live ammunition sends crowds home.

It may be that Cambodians know better than most the very real risks associated with standing against the state. In a country where the absolute impunity of the political elite is enshrined into the very fabric of the newly reshaped society, criticizing Hun Sen’s government can be tantamount to suicide. While foreign critics are afforded a degree of indemnity, Cambodian human rights activists, investigative journalists, and opposition supporters have no such passport-sized protection.

Dr. Peou agrees; “when push comes to shove, they may not be prepared to sacrifice their lives for ideals. This would explain why the opposition or resistance to the CPP will not be sustainable. This is a common story in Southeast Asia. One may say this is a cultural problem, but it is more of a power-relations problem. When people know that they are not powerful enough to oppose their government, they are more likely to give in.”

If opposition is not forthcoming at home, less is coming from abroad. While the United States has suspended aid for the general election, and the European Union has condemned the disbanding of the opposition, there has been little appetite for a more aggressive pursuit of sanctions. Cambodia has taken an adamant stance against international criticism, making clear that they do not need international approval of the general election results for them to be valid, and calling on the U.S. to suspend all aid rather than just election-related financial support.

This resolve is supported by the close relationship Cambodia enjoys with China, who openly support their model of governance that puts political stability and economic development ahead of democracy. The Chinese government is the single-biggest financial backer of Cambodian infrastructural development, with a wide range of investments across the mining and commercial sector. Yet in the face of this, the EU and North America are still by far the biggest importers of Cambodian goods, responsible for more than 70 percent of the country’s exports in 2015. If the international community did want to impose sanctions on Cambodian trade this would certainly be effective despite China’s financial backing, but so far they have chosen not to.

During my time in Phnom Penh, I visited the much-commended Tuol Sleng Genocide Museum – a former school-cum-prison and one of the most infamous systematic torture houses of the Khmer Rouge regime. The prison has been preserved largely as it was found when the Vietnamese stormed the capital in 1979, with shackled beds forming the centerpieces of decaying wooden rooms.

The legacy of the prison, the audio tour guide alleges, is to serve as a testament to the crimes of the Khmer Rouge, and as a deterrent to history being repeated. Yet the site that sits on the corner of Street 113 is just nine miles away from Prey Sar prison, where, in 2018, sit some of Hun Sen’s political opponents, many of whom have never faced a fair trial. As the ruling party continues to round up, imprison, and covertly assassinate those who challenge it, with little to no recourse from the international community, it is hard not to question what lessons have really been learnt.

Gavin Kelleher is a Regional Security Coordinator for Healix International, currently based in Singapore. Follow him at @Gavin_Kelleher

Spread the love
Posted in Economics, Education, Leadership, Politics, Researches, Social | Comments Off on Why There Won’t Be a Cambodian Spring This Election Year