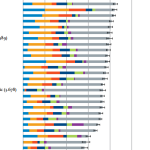 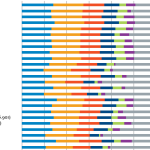 Reflect on the good and positive

Reflect on the good and positive

If you didn’t pay attention to the findings published in the British Medical Journal earlier this month — noted in my column last week — happiness is contagious; if you are connected to unhappy people, this is likely to increase your chances of being unhappy by about seven percent, on average.

Since smiling, singing and laughter tune up the positive emotions of the people near and around you, you can make this season the “most wonderful time of the year,” as the song goes.

The holiday season is also a time of reflection. Every year I replay memories of the past, near and distant. I sigh at some, shake my head at some, smile at some. And I remember the wise counsel: “Learn from the past, but don’t live there!”

I give thanks to all that happened, the good and the not-so-good — from the not-so-good I learned the good. And I follow the wise counsel: “Live life rather than let life live you.” Make life what I would like it to be; take ownership of my actions rather than blame or praise karma.

I dust off writings by Indian philosopher Jiddu Krishnamurti (1895-1986) who teaches that we can live “sanely, happily, intelligently,” even in a world of conflicts inside ourselves and a world of frictions outside, at work, in the community, or in the world, by living the present “in goodness.”
END_OF_DOCUMENT_TOKEN_TO_BE_REPLACED