Cambodia clampdown was long in the planning

“When ‘color revolution’ requires 132 pages to explain and defend as the basis of anything, someone’s working overtime to turn it into an excuse or ploy to crack down on the opposition, NGOs, the media and government critics,” said Sophal Ear, an associate professor of diplomacy and world affairs at Occidental College in Los Angeles. “The metaphorical hammer is being used on their heads.” 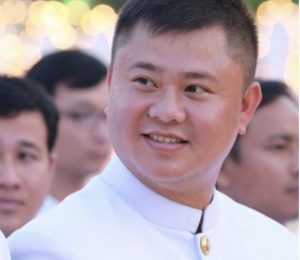 Hun Manith, the second Hun Sen’s Son and Military Intelligence Head is believed the instigator of creating “colour revolution” narrative to dissolve opposition aiming to win election that has no legitimacy. The colour revolution narrative is an excuse to maintain Hun Sen power in one-party state which is contradictory to the national Constitution.

There was also the matter of a June 2017 local level commune elections that had the potential to build electoral momentum for the CNRP ahead of the national polls. The CNRP gained a strong foothold in the countryside, winning 5,000 seats. However, those and national level seats won in 2013 were given to smaller parties after the CNRP’s dissolution.

Hun Manith saw the commune elections as a potential springboard for an opposition uprising. “As you might be aware, this kind of regime change took place near and after an election, and Cambodia will have a commune election in 2017. Is it a coincidence?” he said in the 2016 interview.

“In order to succeed in mobilizing the people for regime change, they need to create a negative perception about the government, for locals and also in the international arena. Once the perspective succeeds, all the means and tactics for regime change will be justified.”

The CPP’s propaganda apparatus, including most notably the pro-government Fresh News outlet, was later mobilized to convince a skeptical public and an even more skeptical international audience that its moves against the opposition were warranted.

Former Phnom Penh Post News Editor Sebastian Strangio, also the author of Hun Sen’s Cambodia, said Fresh News’ role was perhaps more important in shaping the news than it was in delivering it, saying “They don’t really do journalism.”

However, while the average Cambodian struggled to understand exactly what a color revolution was, Los Angeles-based academic and political analyst Sophal was under no illusions.

“The Cambodian people understand the term ‘color revolution’ insofar as it’s being used as a hammer swung on their friends’ heads, which is a whack-a-mole exercise that is more likely to result in their own heads being hit,” he told Asia Times.

“Some people are of course absorbing this and drinking the Kool Aid, but there’s also a sense that anything Fresh News and Khmer Times (newspaper) says is bad is actually good, and anything they say is good is actually bad.

“I never cease to be amazed at how smart Cambodians are at seeing through the fog. In a place where the Orwellian modus operandi that white is black and black is white prevails, Cambodians aren’t fooled for a second.”

While attempts to justify attacks on the CNRP continued and senior party members fled the country fearing arrest, the prime minister’s second son was promoted inside the military from Major General to Lieutenant General, recognition for his “good achievements”, including possibly his role in the successful suppression operation against the CNRP.

Continue to read by Asia Times….