Political Paradigm of Pragmatism from the Khmer Youth part 92 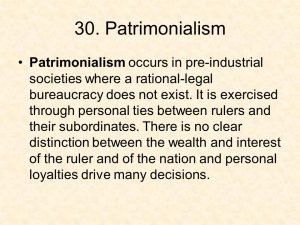 institution in Cambodia that could lead to chaos and internal violence. This weak institution caused by authoritarianism leadership through lens of hybrid regime political leadership between democracy and communism. Observing from current Hun Sen leadership, he has likely adopted democracy through multiparty and election to fit his central power ambition. Also, he has likely adopted some sorts of communism to fit his central power ambition. For real democracy, the effort of leader is to endorse collective interest of the nation, rather than diffusing to personal interest and long lasting power projection. For pure communism, no multiparty conducting as well as no democratic election has ever operated, but those countries have been rigid in strengthening the rule of law and limiting the mandate of powerful top leaders. Cambodia has none of above leadership styles.

By reflecting the present viral distribution through social media of incident happening in Poipet, linking to recent racking down on civil society members and political opponent activists, the trend of weakening state’s institution to empower personal power and clan network shall result in social distrust, conflict and violence. This latest sign is a sign of failed state through operation of pseudo-democracy or hybrid regime endeavour in Cambodia.