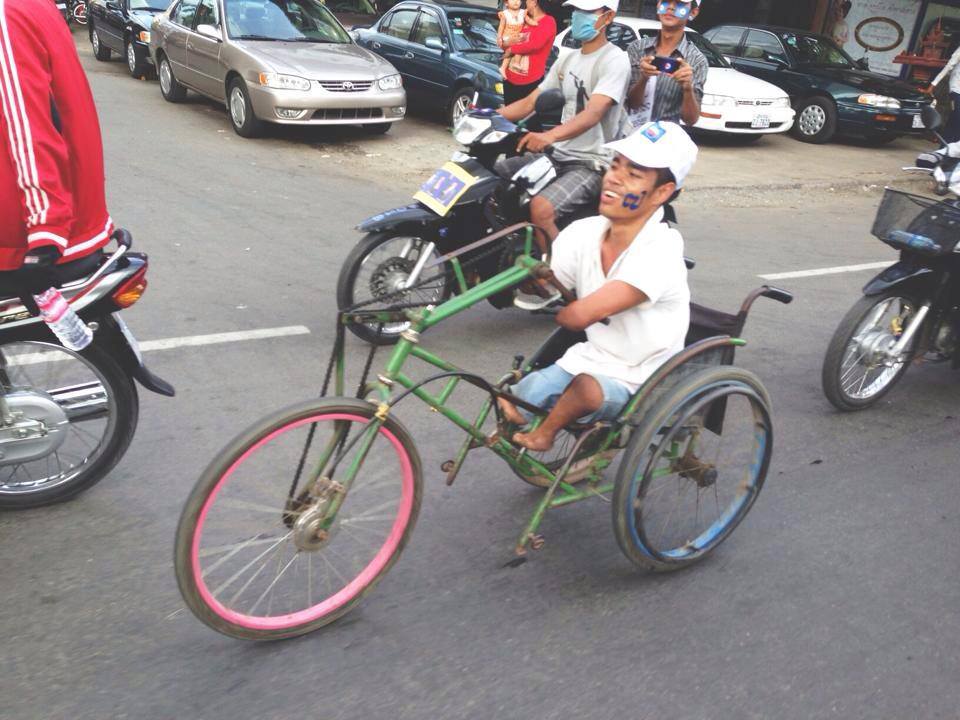 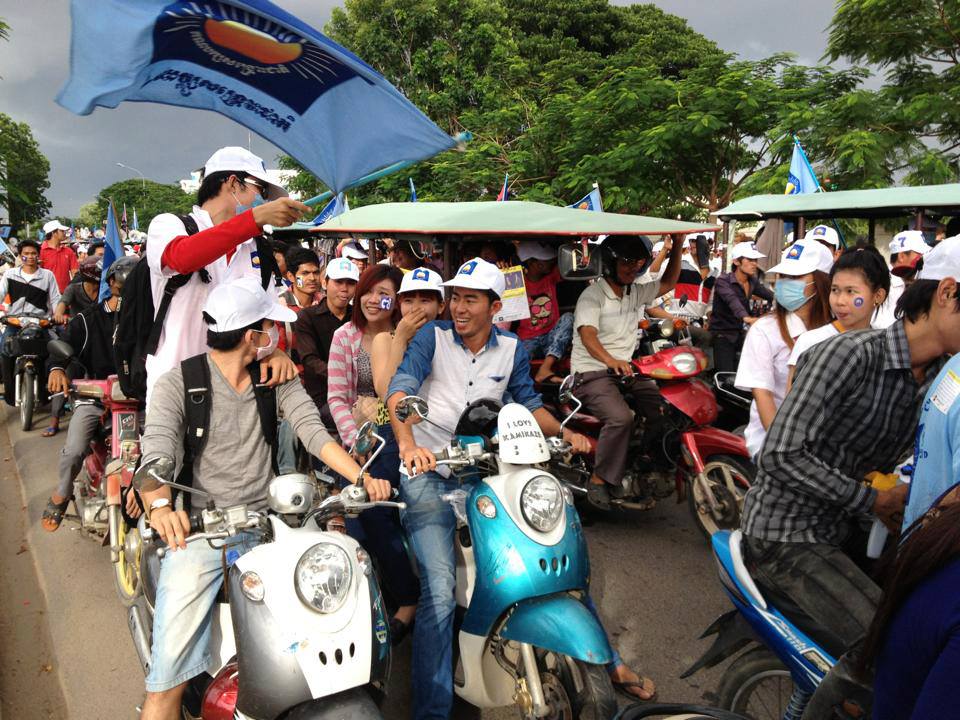 Pragmatists see the returning of H.E.Sam Rainsy very positive for the CNRP to boost its popularity. While H.E.Sam Rainsy has been known for his historical courage, clean and integrity in Cambodian politics, H.E.Kem Sokha who is deputy of CNRP has been known for his vivid public speech and sharp politician. Both leaders are at late 60 and have never utilized the ability to develop the country as the government leaders. In contrast to Prime Minister Hun Sen who has been noticed that his ascending to power was by luck and opportunity, both opposition leaders are struggling with personal patriotic preference, commitment and devotion.

However, the returning to Cambodia of H.E.Sam Rainsy from self-exiled of avoiding jail termed for 11 years by the court of this country is at doubt on his safety and political career accessibility. Taking Philippine’s Leader Benigno Aquino as the example on his returning to home country from exile in the USA, we don’t want to see this incident implicated in Cambodia, so the safety action of H.E.Sam Rainsy must be undertaken. More than this, H.E.Sam Rainsy must be able to exercise his full political career in Cambodia by including him into the voting list and electoral candidacy. The inclusive national unity must come along with inclusive politics in which the important politician like H.E.Sam Rainsy must be able to run his candidacy and to vote at his unalienable right. National Election Committee is the key body to facilitate this scenario as well as to ensure free and fair election of this July 28, 2013.

Pragmatists see the supporting of the intellectuals, youths and urban citizens to the CNRP is at the balance of those rural Cambodians who are still influenced by the ruling party. CNRP has difficulty in shifting support to those remote areas and rural farmers who are representing majority of the electorates as the medium to reaching them is visibly dominated by the ruling party. Further to this observation, the election means such as media, financing and NEC are not at the stage of fair play spontaneously.

Message delivered to the electorates should be concise and relevance. The 7 key points of CNRP’s policy is seen very concise and comprehensible comparing to the 11 key points of CPP’s policy which is seen very abstract. However, the CPP understands the mentality of the Cambodian people very well. While the majority of Cambodians are Buddhist, the Buddhist message either verbal or letter is included with the use of Buddhist calendar and date. It has been rarely to see letter message of CNRP used the Buddhist calendar to outreach the heart of those Buddhist population.

The opposition party is likely fighting an uphill battle but the political scientists cannot under-estimate this battle and calculate the political myth of this upcoming election.

Some time, they are called conservationists whose thought base on past memories and success. Many Cambodians are strongly embedded by past suffering and they have offered much support to the current ruling party who has significantly leapfrogged from that past. Cambodian baby-boomers are change resistant and they have been notified by frequent rejection of any attempt to change leader and society. Politicians are encouraged to target those electorates as their members are also representing significant majority in this country.

According to scholars, Cambodian political culture has been endorsed by the past of Angkor glory and the revival attempt of this glory back to the past from the present. Pol Pot’s leadership was modeled by transforming society into peasantry mode, a collectivization and equality in hope to rebuild the success of Angkor era. The implementation was very extreme and utopian. The outcome was vicious and unacceptable. However, the CPP is still using this model but at different approach especially in using the logic of comparing zero with upper zero number to confirm the gradual success for this 30 years period.

In Cambodia, the politicians who wish to win the election should consider about the futuring of changing approach at the same amount of utilizing political culture of traditionalism to draw more vote supporting from both young voters and baby-boomers. For the post baby-boomers are considered the connector of these two generations and they are potential to shift vote indifferently.

Political scientists have written that pragmatic consequence is the model of present democracy, ideological consequence is the model of present communism and one state party, and the revolutionary consequence is the model of post-conflict nations today. Post-conflict nation like Cambodia has been unclear on its future’s long term planning. If this country is planned to shifting to democracy, it must build pragmatism among the electorates. Independent media is the essential means for critical thinking and pragmatic population. Check and balance is imperative for pragmatic politicians. The independent court and inclusive growth, just mention a few, are crucial for pragmatic citizens. At the same effort, the Cambodian politicians must focus on poverty, social injustice, undemocratic government, illegal immigrants, unconstitutional practice and abusing of power are the intractable suffering and vicious enemy of this country that everyone must work hard to fight against them.

By Sophoan, Founder of Leadership Skills and Freelance


« Election Watch: King of Cambodia signed a pardon for a safe return and the next challenge
Message to all Khmer Youths »