CNRP and the prospective challenges to maintain overseas Khmers supporters 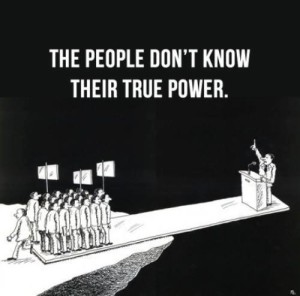 The drive of political environment of Cambodia has remarkably been influenced by the Khmers overseas supporters. As noted, the influx of Khmer refugees to resettling in third countries during the war between Khmer guerrilla and Vietnamese occupation in between 1979 to 1990, the resistance alliance stationed at the Khmer-Thai border was wholeheartedly backed by the in-place refugees and those Khmers overseas. Although, it was called the guerrilla group, but their combating discipline and sacrificing were recognized as the Vietnamese side must accept this reality. The war of this “sovereignty” triumph was significantly channeled by both financial and moral supports from Khmers overseas. The Khmer diaspora didn’t stop there. The negotiation of Paris Peace Agreement in October 23, 1991 led to the winning election of Funcinpec party was broadly seen the close engagement by the Khmers overseas. But when this party failed to take their leadership to account in rescuing the nation, the party was disappeared with the disapproval and condemnation of the Khmers overseas.

Continuously, the supporting channel was contemplated to more democratic, transparent and accountable party such as Khmer Nation Party evolved to Sam Rainsy Party and modern Cambodia National Rescue Party. While the name of Khmer Nation Party was hijacked, the prominent leader Sam Rainsy named the party as his own legal name aiming to avoid future hijacking. During that period of struggling, the tumultuous shakes by the Cambodian People’s Party was constant and repetitive towards Sam Rainsy Party. Its leader Sam Rainsy become the core figure to be amputated. His last incident was his brave action to uproot the border posts which anchored inside the Cambodian rice field by the Vietnamese authority. But Cambodian government took action over him rather than handling this trespassing issue with the Vietnamese government. He was convicted to put in jail several years while he was in a visit to foreign country. This action was planned to demote him or to intentionally stop him from politician career in Cambodia. During this transitional period, the overseas supporters were seen substantially increased.

Today, I am in a surprise to hear Mr. Meach Sovannara (see this facebook link) who stated himself as the Director of News and Information of the CNRP to explicitly denounce the Cambodia National Rescue Party of North America (CNRP-NA) on what this political body of Khmer diaspora is planning to launch their first convention on October 4th, 2014 at Long Beach. Personally, I think his speech and his approach is very immature. Of course, the genuine unity means inclusive, not exclusive at all. If his word on the central committee (Kanak Akchentray) decided this or decided that on the supporting rally of Khmers overseas from all walks of life and tendency is true, it is a ridiculous political maneuver of this very young CNRP. Why Khmers overseas who have spared their sweat and blood from hard earning penny to support the democratic party in Cambodia especially the CNRP must be directed, regulated, guided, lobbied, decided, or judged by the central committee (Kanak Akchentray) of the party? Those Khmers overseas especially this North America are living very different lifestyle from those in Cambodia. Their standard of living, knowledge of freedom, and democracy are very different. The donation and engagement with the Cambodian democrats are just part of their bonding in birthplace, nationalism, loving-kindness, and helping the Cambodian victims etc. Some might need to become one of the leadership members within the party, but it is very slightest percentage comparing to more than 700,000 Khmers overseas who donated the money and protested against all types of human violation with pure mind to seek justice, to help develop democracy and economic of Cambodia. Or even though, one acquires to be the law-maker candidate with the CNRP, she/he must go through the onsite activism, level of patronage system and bureaucracy, and satisfied amount of financial injection into the party etc. The party seems has no clear-cut policy to bring real candidate for long term effectiveness from Khmers overseas.

Contradictory, the merge between SRP and HRP resulted in maintaining CNRP-NA which has kept its life-span longer than any diasporic political body in North America. Its birth is likely happened since the failure of the Funcipec party. According to this source of information (Cambodianbrightfuture.blogspot.com), the CNRP-NA was fully endorsed and created within the same time frame of the CNRP creation. But it had some working conflict among CNRP-NA executive members (which is considered normal incident in working place), while the responses from the Central Committee has been seen irrelevant. The effort to solve the conflict is acceptable, but the guideline or directives to curb or to dictate them is very irrelevant. The Khmers overseas every where is very independent. Their daily life is seen as the government is asking people to direct or regulate them on what they should do and what they should not do. The government especially the United States of America and Canada have never issued guidelines or directives to dictate their own people. The people are their master. Those political leaders and parties are just the servant of the people. Hence, all the time, conflicts happened, the wise tends to act as the mediator by asking all parties to seek their common ground for solution. Both formal or informal, the conflicts shall be compromised in which both parties can accept those ends.

As a recommendation, it is a good sign for the CNRP-NA to convene its convention in order to strengthen their support base to rightly channel the money and spirit for the success of democratic struggle in Cambodia. The top leaders or representatives of the CNRP must applaud their efforts. CNRP must stop using the Kanak Akchentray to issue letter to Khmers overseas in the way of controlling them. Doing so, it has diffused their feeling like what they heard the Angkar Leu issue order for them during the Pol Pot regime. The effective letters from the Central Committee (Kanak Akchentray) should be the verification of wiring money and the outcomes from using those money to translate their donation spirit correctly; and the letters of appreciation and recognition to their effort, not only money but their participation or their lobbying protest etc.; and the report of progressive works the party leaders have spoken with the public or have promised with the Cambodian people etc.