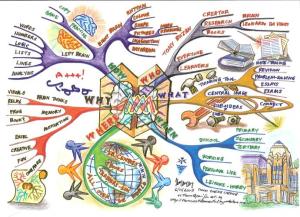 I am deeply intrigued by the leadership statement of “leadership is about to produce more leaders, not more followers”. Cambodia is in contrast by its embedded culture of vertical leadership and we are used to with ordinary political communication such as ខ្លប klob (bending down), ខ្លាច klarch (fearful), កោត kot (admiring), ក្រែង kraeng (avoiding) etc. These cultural attitudes have always converted humility into humiliatality or hostility and self-hostaged phenomena. The hunt for position and the hunger for power is an embedded belief to show off personal materialism and social praise rather than to intend for goodness and positive changes of the society. Foreign experts called our culture as “face supremacy” as power, money and fame to maintain “face” that have always overcome reasons, rationales and collective interests of the nation.

This has linked to both CPP and CNRP that both parties have been built by different political agenda but are affected by embedded culture of vertical leadership. Your observation on spending money for personal luxury cars/SUVs is nothing else but to maintain the “face” or at least to mimic the CPP of klob, klarch, kot, and kraeng. However, the level of annihilation and destruction to the nation, CPP is advanced beyond our imagination over current CNRP’s type of mimicking.
Your observation shall help CNRP put more effort to distinguish itself clearly from the other party that they have competed with. If they can achieve this they can afford more financial support and moral support from Cambodian people, if not all walks of life but at least from those professionals. In the meantime, CPP has already maintained their strong base, it is not by reasons and rationales, but by their real strength of status quo power, money, arm force, and judicial eases etc.
Hence, for the sake of the collective interest of the nation, the whole disadvantaged culture is on the alert of assertive attention for reform and change. How should we achieve that? To build up the meritocracy, pragmatism and more up-to-date cultural pattern for this nation, we should consider following indicators:

I think the show off you have observed on the CNRP’s leaders with those luxury cars/SUVs has impacted so much on the penny supporting from the members. Hence, it is incomparable to imagine on the 14 millions USA of national budget for 2014 year assigned as “unexpected expenditure” by the PM and other top leaders in the government. This amount is not included other unexpected revenues earned by historical rampant corruption within this top-down domino effect administration.

Now, the parents want to see their children successful in their future cultivation with their independent talent and skills, or parents are still maintaining strong attachment to their absolute authority as parents. Parents are an analogy like the government. Parents and government are an imagination. Children and citizens are real. Let all of us discontinue, alter, and demolish this embedded imagination behavior!
Sincerely,
Sophoan
Spread the love
Posted in Culture, Economics, Education, Leadership, Politics, Researches, Social | Comments Off on Parents and government are an imagination but children and citizens are real
Tags: critical thinking, Mind Mapping