Political Paradigm of Pragmatism from the Khmer Youth part 29 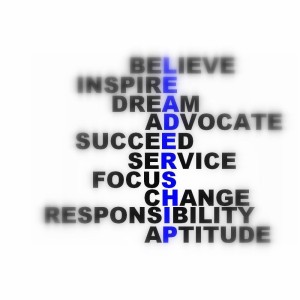 This part (29), the author Mr. Sophan Seng renewed his talk regarding the Public Policy and Policy Analysis that are the cornerstone for the Policy Platform Crafting. By exposing the finding from Asia Foundation on their survey to collect political opinions from the Cambodian constituents, the summery of key recommendation for the political parties, are following:

1. Corruption is perceived as the biggest problem facing Cambodia. Including a counter-corruption objective in a political party platform will broadly appeal to the electorate’s desire for change. While individual politicians can increase their popularity by leading highly visible counter-corruption campaigns in the run-up to the next national elections, a greater degree of transparency in the conduct of political parties can counter feelings of distrust of political parties, as the survey findings demonstrated.

2. At the local level, poverty, unemployment, and associated issues are perceived as the biggest problems. Visible commitment at the local level to addressing the root cause of these issues will likely be highly popular.

3. Although vote buying or gift giving may still be an effective strategy for getting out a party’s own supporters, it is clear that in Cambodia it is not effective in changing how voters choose to vote. Parties that wish to attract new voters would be better off spending their resources to develop and publicize programs attractive to the electorate at large.

4. It is clear that the public favors political decentralization, with very large majorities in favor of directly elected officials at all levels. Although political parties would prefer to retain control over the selection of officials, there is a huge potential electoral payoff for any party willing to embrace political and fiscal decentralization.

5. The political parties in Cambodia have failed to differentiate themselves in the public mind, and due to the nature of the electoral system, it is likely that voters associate the parties more with their leaders than with specific programs. Developing a detailed platform that can be distilled into four or five bullet points, to be repeated over and over, will differentiate the parties in the public’s mind. Periodic polling will help determine if their messages are sinking in and to gauge their popularity with the general public. These polls will then allow parties to fine-tune their messages as they prepare for the 2018 elections.

These five bullet-points are wholly derived from the finding. It is imperative to comprehend that these recommendations subsumed from the research don’t mention the border effort to protect from neighboring encroachments. This absence might be caused by:
– The borderline issues are more sensitive issue that shall not build strong foundation for the nation in sustaining development, and it is regarded as more polarized than unified within a nation-state if the state institution is not strong.
– It is possible that the researchers didn’t include questions towards the respondents, or the general opinions are too vague on the issue.

In brief, the key recommendations to the political parties are:
– Crafting robust policy platform to anti-corruption
– Family economy improvements through creating more jobs and increase price of their agriculture products as well as to provide them cheap or free healthcare and seniors salary etc.
– Focus more on robust policy and genuine political will than to encourage vote-buying
– Need more decentralized and delegate administration of the party than to consolidate the central power, or organize candidate elections than conduct direct nomination.
– Parties must prepare well-informed information on their political policy platform than to persuade vague personalities to attract the voters.

At the end, the borderline trigger to maximize nation’s interests is imperative but they must be putting aside the attack on each other.