Reflection of Election in the United States and in Cambodia

Political Paradigm of Pragmatism from the Khmer Youth part 85

This part (85), Mr. Sophan articulated on the hot debate of electoral college system of the US by exposing some pros and cons and making a comparison with Cambodia election system. 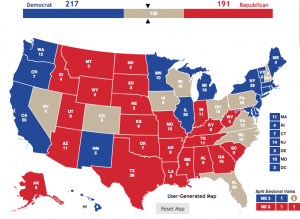 While the Presidential election is nationwide conducting in the United States, the Electoral College system is not different from party-list or proportional system of Cambodia. As Americans don’t vote for president candidate directly, Cambodians voters don’t vote for Prime Minister directly as well. Hence, each state has their own unique election system but the local representatives are having small riding base/place sizing to that of commune or ward level, not a large provincial level like in Cambodia.

Among those distinctions, the finance laws on political party especially campaigning funds for each presidential candidate has been well coped by the state. This is different from Cambodia that we are not having such mechanism in each election. And the level playing field is not existing in Cambodia.

According to national archive of the United States, Electoral College system enabling solidarity of this vast country and their Founding Father had established it within Constitution several hundreds years ago. Its aim is to ensure a-not-dividable federal United States of America.