“when one is out of common sense, one is likely chasing their own shadow without knowing the shadow’s owner” – Anonymous 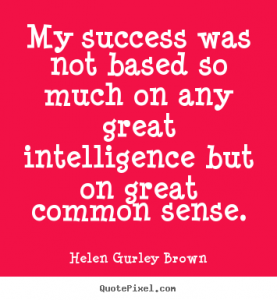 U.S. Department of State through its Diplomacy in Action has always released situations of human rights and democracy for many countries around the world annually. This 2016, with its tittle “Country Reports on Human Rights Practice 2016: Cambodia“, the reports echoed to its 2015 reports on seventh different sections such as respecting for the integrity of the person including freedom from arbitrary deprivation of life and other unlawful or politically motivated killings etc. by exposing the killing of Dr. Kem Ley and its distrustful legal investigation to punish the real perpetrator(s) as well as arbitrary arrest and detention by exposing several arbitrary arrests, pretrial detention, and denial of fair public trial etc.

This descriptive report is common sense to all Cambodian people and its report is based on NGOs’ reports in Cambodia. But this type of report is not void from a strong political rebuttal from the government, especially through her human rights department (please listen to spokesperson HE Kata Uon by RFI Khmer), without accepting the report to improve their work performance, the rebuttal is critical to deny and to defend themselves from any wrongdoings. Actually, there are many points to be learnt from the report. And the accusation that such report is the violation over Cambodia’s sovereignty is impregnably baseless. By looking at the regular conducts of the report and the nature of the report which was seems to re-organize information collected from annual database released by local NGOs in Cambodia, they are common sense that has been nationwide conveyed by Cambodian people. The rebuttal is likely opposing to such common sense perceived by the Cambodian people.

The spokesperson highly talked about the professional and technical workmanship within the government especially within their human rights department, but the verbal rebuttal and refusal rhetoric is significantly highlighting its lack of common sense, professionalism, and technicality. Cambodian people are speechless and hopeless to this kind of government leadership performance. Cambodian people need concrete policy framework documenting within a credential report or publishing to read rather than through relentless verbal attacks to major outsiders’ reports. This is a country, not an autocratic plot of land.

Posted in Culture, Economics, Education, KR Trial, Leadership, Politics, Researches, Social | Comments Off on Government’s rebuttal to Human Rights Report on Cambodia by the US is out of common sense
Tags: Cambodia Leadership Skills

Political Paradigm of Pragmatism from the Khmer Youth part 100

This part (100), Mr. Sophan has invited everyone to join this 100 versions of “Political Paradigm of Pragmatism from the Khmer Youth” program. This 100 parts celebration is significantly accelerating the freedom of youth and their modern accurate vision.

By joining this 100 parts celebration, it is meaningful to reinvigorate the fundamental components of achievable framework for the future. The analysis could help to interpret vision into action, and predictable outcomes. The key argument of his analysis within this 38:59 minutes clip is “Critical Thinking”. He expounded the teaching of Lord Buddha to apply in real life situation of Cambodia. His main theme is the fundamental thought, speech, and action that are in balance or literally said “moderation”, “middle path”, or “avoiding the two extremes”.

With this 100 parts celebration, the audio clip is expected to help Cambodia to continue a progressive democratic path of rule of law which is a “moderation” path.