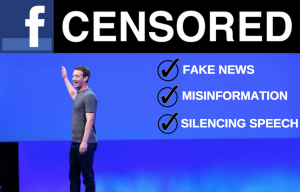 Facebook has styled itself as a neutral platform for information. But its role in spreading propaganda and fake news, as well as its relationship with the Cambodian government, shows how easily that neutrality can be exploited by autocrats.

Weeks after Kem’s arrest, Cambodia’s top court dissolved the main opposition party at the request of the government. It marked a fundamental shift in Cambodian politics, which had long incorporated a vibrant media and civil society, as well as flawed but fiercely fought elections. Democracy in the country had collapsed, and it was broadcast to millions on Facebook.

Lim Cheavutha, who is in his thirties and speaks with an easy confidence, brags about the pageviews on Fresh News with the passion of a football coach obsessing about stats. The site combines the fast-breaking headlines of a newswire with a decidedly pro-government slant, and Lim says he’s so close to Hun Sen that they sometimes message about stories well past midnight. Asked about the growth of his site, he claims extraordinary numbers that are impossible to verify because the company is privately held — more than 10 million pageviews per month and 1,400 downloads of the app a day. (Cambodia has about 4.8 million Facebook users, according to a 2017 assessment.)

Lim says he built Fresh News from scratch with just $10,000. His critics say this is untrue and that Hun Sen is simply bankrolling the site. (A spokesperson for the prime minister did not respond to requests for comment on the site’s ownership.) Lim insisted his site was independent — but then expressed pride in his cozy relationship with the prime minister and other ruling party officials. The opposition won’t return his messages, he said, though opposition officials told me they’d never heard from Lim.

In a place like Cambodia, Lim’s site couldn’t be successful without Facebook, which is where almost everyone gets their news. “Facebook is an absolute necessity for my site,” he said.

Lim said his most popular stories are about the mundane, like traffic accidents and celebrity gossip. But when it comes to politics, he’s quick to note that he alone has the ear of the prime minister.

“They trust me because if they give me the whole thing, I publish the whole thing,” Lim said. “If he [the prime minister] wants to spread news, he comes to me … that’s why I get scoops.” Despite claiming to be independent, Lim said he does not edit Hun Sen’s statements, and says he puts out quick stories himself, tapping them out on his phone, based on what message the prime minister wants to get out.

It’s clear that Hun Sen, who has spent 33 years in power, understands how important Facebook is in his country. With more than 9 million followers, he is the third most engaged world leader on Facebook, after Donald Trump and India’s prime minister, Narendra Modi, according to a study by the public relations firm Burson-Marsteller. The report called his presence “unusual” in its candidness — browsing through shows plenty of selfies as well as shots of him with his family and working behind the scenes. For Cambodians, it was a change from the strongman-like figure he presented for years before.

“He’s been a zealous convert to Facebook,” said Sebastian Strangio, the author of Hun Sen’s Cambodia. “He’s using Facebook to sand down the rough edges and present a more avuncular and beneficent public image.”

“Facebook is the most important part of work as well as life,” said Duong Dara, an aide to Hun Sen and the head of his Facebook team, in a rare interview. “The new generation doesn’t have time to watch television anymore, even I don’t buy newspapers. The News Feed, I can see quickly.”

Duong, who is in his early forties, first started using Facebook, he said, because he saw posts about Cambodia being a dangerous place to visit and wanted to clap back out of patriotism. Later, he created a fan page for Hun Sen, who he had long supported. He attracted millions of followers with his straightforward voice. After the election in 2013, Hun Sen himself saw it, Duong said, and got in touch.

Duong came on board and began building a team to manage Hun Sen’s Facebook presence. He declined to specify its size, but said the team was made up of technical people as well as those who understand politics, government policy, and public opinion.

Duong, who speaks English with a perfect American-style accent, has traveled throughout his country and abroad at Hun Sen’s side. He carries five mobile phones in a black vinyl case specifically so he can monitor different Facebook accounts. The phones use different cell service providers so that there’s always a guarantee of signal when the prime minister needs to post — even during a recent visit to China, where Facebook is blocked, and in less developed parts of the countryside.

Duong’s team obsessively monitors comments and likes on the prime minister’s posts with the fervor of day traders playing the stock market, trying to replicate successes and interrogate failures. They’ve learned photos that show Hun Sen’s personal side — like selfies or casual snaps — do a lot better than messages about policy.