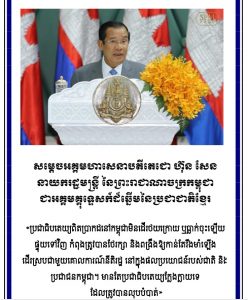 “Politicians or political parties rarely admit their weaknesses – they like to show they are strong even though they are weak, but this [plan] reveals internal anxieties,” he said.