Cambodia ranks as one of the world’s most corrupt countries – but after an extensive forensic investigation, Al Jazeera found that corruption stretches far beyond the country’s borders, all the way to Australia.

Hun Sen’s family was shown to have links to more than 100 companies across all sectors of the economy including tourism, agriculture, mining, electricity and the media as well as affiliations with top international brands.

The family’s combined wealth is estimated to be anywhere from $500m to $1bn.

Kem Ley, a popular Cambodian social commentator and fearless critic of the Hun Sen government’s corruption and nepotism, went on radio calling for a full investigation into the family’s business interests.

Two days later, he was shot in broad daylight in a Phnom Penh cafe.

Human beings are like animal, without law and moral, are worse than animals – Thomas Hobbs 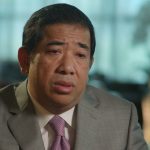 Thank you very much for sharing this very impressive documentary by Al Jazeera.
Like I have previously emphasized, the code of ethic and professionalism for those high ranking officers are zero. Mr. Kong has come out with  his genuine behaviour of flip flop tactic illustrating at the same level of many other high ranking officers including the PM who has been so outstanding in such political behaviour.
He should know that in democratic countries such as Australia, Canada, USA, France, England etc. all corporate registrations and court verdicts are available for public to review or to research in complying with their law of “transparency” to the public, in which in Cambodia, the liars have become the big brothers and enjoy lucrative wealth while the honest have become desperate and the underprivileged. Those activities have been condoned and impunitive because the court is used as tool for the powerful, not for the honest or the underprivileged.
Right now, Cambodian youths have not been easily bought out in term of peace and security or Cambodia is a post-conflict war which need another 10 years to develop at all because how those youths are expecting when those liars are remained in power and they can be passing such lying tactics to their young breeds to grip future power irresponsibly for decades to come?
– First of all, very risky but invaluable work by Mary Ann Jolley. This is her masterpiece that her love for justice is omnipotent and omnipresent regardless of Cambodians or non-Cambodians.
– Mr. Vibol Kong and many others are good in tricking Cambodians and they have assumed that all other countries are also siding with them in dirty business and lying or what they have employed in their power-business that “money can buy everything”. In Cambodia, they can lie thousand times to extract wealth and power at the expenses of innocent Cambodian people. But in developed countries, the justice system will never condone any wrong-doers. Now, their dirty business and money laundry and other illicit activities will be disclosed, sanctioned, and frozen etc. not caused by anything else but by their thirst for illegitimate power.
Database of all court convictions and procedures are live online for Australia, or Canada as well as other democratic countries. All corporate registrations are free access for the public to review and study those entities.
– Congratulation to Mrs. Kalyan Ky for her strength to stand up and talk to the public on issues that are illicit activities of those immoral elites of Cambodia. Her mission is not done just that, the Australia government must follow suit the laws it must abide by from this public complaint.
– The lady again, Ms. Sin Pov Rozeth, for her bravery to stand up against injustice and showing her genuine patriotism.
– Ann did mention the Paris Peace Agreement at the end, which this accord has enabled Cambodia to this stage while the free riders of this imminent PPA have twisted it to boast their own merits and turn down this very viable backbone for future of Cambodia.
Spread the love
Posted in Economics, Education, KR Trial, Leadership, Politics, Researches, Social | Comments Off on Threats and corruption: Behind the scenes of Cambodia’s election crackdown
Tags: Cambodia corruption, Cambodia election