You are cordially invited to join the Paris Peace Agreement commemoration 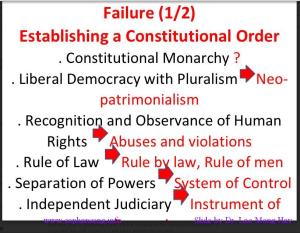 This slide pictograph is clear enough for the failure to comply with as well as to implement the Paris Peace Agreement. Courtesy of Dr. Lao Mong Hay 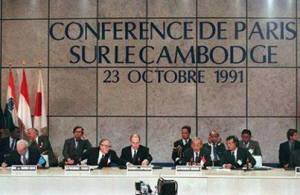 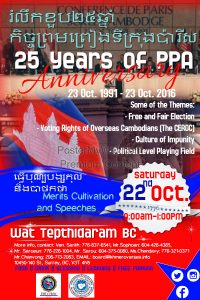 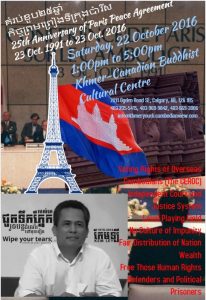 Summary of the 22nd Anniversary of PPA Commemoration 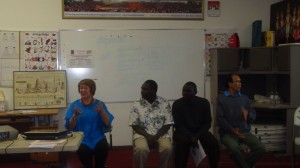 We were successful on commemorating the 22nd year of the Paris Peace Accord on Saturday, October 26, 2013 or we can say 3 days late as the Peace Agreement was born on October 23, 2013. The commemoration environment was in a set of friendly seminar room in which speakers and participants learnt greatly on the historical and educational messages of this day. This classroom-like commemoration has allowed us to be deeply seated into a strong will, commitment and endurance to bring this agreement to light for the collective interest of mankind.

We thank with sincere gratitude and appreciation for those who shared with us wisdom and spirit in this Peace Commemoration. May you be rich by inner peace and enlightenment.

For your complete understanding about this Commemoration Event, please watch video, view photos, read slide and power point attached below: 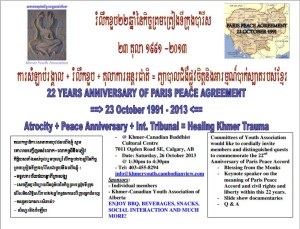 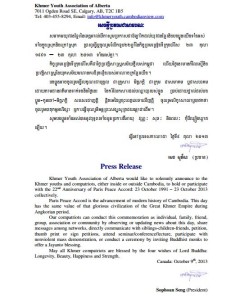 Posted in Culture, Education, Leadership, Politics, Researches, Social | Comments Off on You are cordially invited to join with the 22nd Anniversary of Paris Peace Agreement
Tags: PPA

This year is the third year Khmer-Canadian Youth Association celebrated the anniversary of Paris Peace Agreement (PPA). This year, the theme focused on “How peace mean to us? And how we can build peace?”

Many speakers who come from various disciplines and different backgrounds shed us light and gave us great input on this Peace Commemoration.

Sophan who is the president of the Youth Association and chair of the PPA Commemoration committee stressed on the importance of PPA comparing to the great civilization of the Angkor Era. He also valued the PPA as the renaissance of Cambodia. Further to his statement, the Youth will keep organize the Peace Commemoration annually to provide public with right understanding and help build peace together collectively. This concerted effort will not only ensure that Cambodia can get fruition from the PPA, the world will also share this peace process.

MP Wayne Cao who is the member of parliament of Alberta government gave us a great importance on the decline of two countries who signed the PPA but Cambodia is still alive. The Russia union and Yugoslavia have been split, but he observed that Cambodia has been stronger by the PPA. He emphasized that the cold war has been died while the connectivity of people in the world has become more visible. On his sight back home of birth in Vietnam, Mr. Wayne Cao reflected on his life and his friend which both have born in the same location but made a living in different situation of political circumstance and economic development. Mr. Wayne highly appreciated the Peace Commemoration and he will join this celebration in years to come. Ms. Janyce Konkin who has extensively worked in Cambodia for “Initiative for Change” described the importance of building peace within individual first before expanding it to others such as family, community, nation and the world. In this context, Janyce shed us insight on both practical knowledge and academic theory. As her MA major focused on peace research, her conclusion wholly rests on individuals who must initiate peace within themselves first before outreaching to others. But she accepted the original interdependent of inside peace affects outside peace, and outside peace also affects inside peace. Her theory is not different from that of Lord Buddha and late Cambodian monk Maha Ghosananda. For the PPA, according to Janyce, it is a good instrument for peace development in Cambodia. END_OF_DOCUMENT_TOKEN_TO_BE_REPLACED
Spread the love