“The more they stop me, the more I am strong and stand up. Again and again, more and more,” he said.

On Saturday, Sovath called on Canadians to support land activists and victims, not just with donations, but also through advocacy and petitions to the Canadian government. Sovath’s message of peaceful action resounded through the audience.

“Before, when I was small, I wanted to do something, but I was too scared and I felt alone, so I was discouraged and I lost hope,” said Sarom Om, a Khmer Canadian living in Montreal for 29 years. “If we see someone who stands up, who has confidence, that will help people who want to stand up and help and it will continue like that.”

Long ago in the foothills of the Himalayas, a young Prince Siddhartha left the safety of his palace and set off on a journey to overcome suffering. Upon realizing that the root of all suffering was greed, the newly enlightened Buddha dedicated his life to teaching compassion and sympathy to others.

More than 2,500 years later, a Cambodian monk is adding a modern twist to a journey of his own.

Venerable Loun Sovath maintains that Buddhism, human rights, and democracy are intertwined philosophies. He is an outspoken activist, documentary filmmaker, and poet – and earlier this month he boarded a plane to deliver his message of peace to Canada.

“It is very difficult working for human rights and democracy in Cambodia,” said Sovath in Montreal. “I came here because I want Khmer people in solidarity to help each other.”

Sovath is well known among Khmer Canadians, many of whom left Cambodia as early as 1975 to escape the brutal Khmer Rouge regime. Last Saturday at Wat Buddha Sodhara in Saint Laurent, Sovath spoke to Montrealers about Buddhism, human rights issues in Cambodia, and a monk’s role in fighting injustice.

“I’ve never ever seen such an inspirational speech like this,” said event organizer Samnang Chuop. “People can listen to him talk for hours and hours.”

END_OF_DOCUMENT_TOKEN_TO_BE_REPLACED

Exiles and ex-pats unite as a community to present images of an Americana they left behind. Half live outside the US by choice while the other half were forcibly returned. Each an American raised with the memories and distinct cultural identity of growing up Asian in America. We made this film as a community of people concerned with justice and invisibility because the issue of deportation is an Asian American issue. 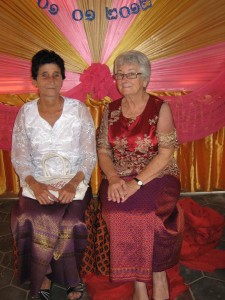 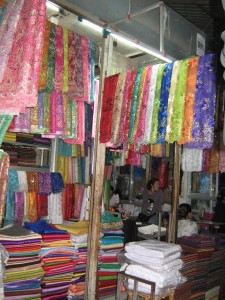 END_OF_DOCUMENT_TOKEN_TO_BE_REPLACED

Khmer expatriate Sophoan Seng, a master’s degree holder in political science from the University of Hawaii at Manoa, currently Director of KEEN Investment Groups LTD and president of the Khmer Youth Association of Alberta, acknowledges that many people in Cambodia endorse the “filled stomach and stability” theory for different reasons.

“However,” Seng, a former Buddhist monk in Siemreap for more than a decade, writes, “Buddhists who have learned and experienced deep understanding of Buddha’s teachings, see that the highest goal of Buddhism is ‘liberty’, not the ‘four necessities’,” i.e., food, shelter, clothing, medicine.

His ideas are similar to those of another former monk, Heng Monychenda, who holds a master’s degree from Harvard and heads the nonprofit group, Buddhism for Development. Seng points to Buddha’s teaching that “liberty” or “Nama,” — referring to a person’s mind or spirit — and the “four necessities,” or “Rupa,” — referring to body or physical appearances — must be equalized and balanced. As Monychenda explains, “Nama-Rupa” means that mind and matter must go together. “Mind affects matter and matter affects the mind,” i.e., spiritual and economic development should not be separated into two separate realms, he says.

Something is changing within the Khmer nation.

Those storied Khmer characteristics – the broad smile; the gentle, peaceful compassionate nature – and the centuries-old traditions of “korup, bamreur, karpier, smoh trang” — “respect, serve, defend, be loyal (to leaders)” — passed down through generations seem to be taking a new course.

A photo floating on the Internet shows Khmer villagers–from youth to middle age–standing barefoot under the hot sun as their colorful sandals are arranged in an empty lot nearby to make up the Khmer word “Aphivath,” or “Development.” Their symbolic protest is directed at Khmer leaders and at those around the world who are sympathetic to the disenfranchisement of the poor in contemporary Cambodia.

Photos and videos of government abuse of citizens’ rights and of citizens’ responses have inundated the Internet. Some postings inform and educate. I recommend recent postings on the Website of Radio Free Asia (February 1, “More Arrests Follow Land Clash”).

The beatings of women and children by riot police are routine — and are routinely condemned by international and national rights groups. The too common sight of Khmer women with clothes torn or ripped off by police during peaceful protests is now replaced by the sight of women protesters taking off their clothes to highlight their protests as they face the police.

Going one step further, RFA posted on its website a photograph of a half-naked Khmer woman protester facing police in full riot gear. Her action was intended to highlight the plight of Cambodian villagers from the Borei Keila community, who were evicted by armed police from their homes, which were dismantled and the co-opted land given to Phan Imex Company for commercial development.