Political Paradigm of Pragmatism from the Khmer Youth part 22

This part has been broadcasted by CMN radio on Sunday, May 31 and re-broadcasted on Monday, June 1, 2015, the author Mr. Sophan Seng described the “Culture of Dialogue” in Buddhism taught by Lord Buddha. 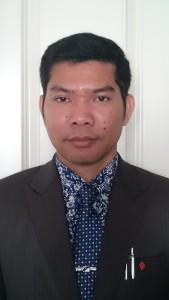 In the past, Lord Buddha wandered from places to places tirelessly to propagate his teachings to the people who adhered strongly to Hinduism. But through his effort and communicative dialogue, those Hindu population changed to follow Buddha that allowed them to pursue life of moderation, believing in oneself, and no classes system in society etc.

Buddha said “Dhamma-sakacchaa, Etam-mangalamutamam” means “Dialogue and conversation within a proper time and circumstance is the blessing”.

By essence, successful dialogue could be occurred through integrity of each side Buddha addressed such as good intention in physical expression by no intimidating or killing, stealing or cheating, and sexual misconducting; good intention in speech such as no telling lie, using rude words, back-stabbing wording, and talking in vain; good intention in thought such as no ill-will, revenged, and jealousy minding.

In sum, as a nation-state, political rivalry is a norm of politics in all civilized countries, but dialogue to maximize Cambodia national interests and collective successes are admired by the wise while integrity and honesty of the peer(s) are very essential.