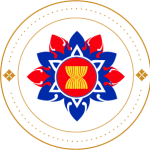 Posted in Economics, Education, Election, Leadership, Politics | Comments Off on No glimmers of democratic hope allowed in Cambodia

Washington (January 13, 2021) – Senator Edward J. Markey (D-Mass.), lead Democrat on the East Asia Subcommittee of the Senate Foreign Relations Committee, Senator Elizabeth Warren (D-Mass.), and Congresswoman Lori Trahan (MA-03) released a statement in response to the scheduled January 14, 2021 trial of prominent political opposition leaders in Cambodia. The Government of Cambodia, led by Prime Minister Hun Sen, announced last year their intention to try dozens of activists belonging to the Cambodia National Rescue Party (CNRP), the country’s main opposition party which was outlawed in 2017, sending many of its leaders into exile. Trials against some of the activists are scheduled to begin this week, while many are prevented from entering Cambodia to participate in their own defense.

“Prime Minister Hun Sen’s campaign to silence his political opponents by denying them the right to defend themselves in court reveals disdain for the rule of law,” said Senator Markey, Senator Warren, and Rep. Trahan. “Convening a kangaroo court to punish his critics for their opposition, along with his continued attacks on the press and civil-society, is a reflection of Hun Sen’s growing weakness, not strength. We call upon the Government of Cambodia to allow any individuals facing charges to return safely to Cambodia to participate in their own trials.  However, it is clear that these trials are politically motivated and are operating outside the rule of law. The Cambodia Democracy Act  sends the clear message that the U.S. Congress intends to help the Cambodian people deliver on the promise of the Paris Peace Agreements of a generation ago so they can participate freely in their government. We should pass that legislation.”

On January 14, 2021, Cambodia’s Phnom Penh Municipal Court will reportedly try 47 CNRP activists and officials, including Acting CNRP President Sam Rainsy, who lives in exile abroad, and others linked to politically-motivated charges of trying to organize protests against and overthrow the government of Hun Sen. The government has also failed to offer credible evidence to support charges of treason against Kem Sokha, CNRP President, for allegedly attempting to overthrow the Cambodian People’s Party. The Government of Cambodia has failed to issue passports and visas for opposition leaders and activists charged, making it unlikely they will be to answer their court summons in person. In 2020, Senator Markey introduced the Cambodia Democracy Act, in response to the deteriorating human rights and democracy situation in Cambodia.###

Talking on live show of Youth Voice for Justice of CNRP America, Mr. Sophoan adamantly articulated the viable plan returning back to Cambodia of CNRP leadership led by Mu Sochua as it is a mature political attitude responding to the court’s summons.