Political Paradigm of Pragmatism from the Khmer Youth part 75

Registration that is lacking inclusiveness. NEC have not solely decided to help facilitate those inside the country to access to vote registration comfortably, but Cambodians overseas migrant workers and those permanent is remained negligent. As a recommendation, Mr. Sophan suggested NEC to create “mobile team” to target those “special need group” voters such as those sicks in the hospitals, the very old seniors, remote citizens or minority, and soldiers who are stationing at the borderline etc. This mobile team can also register “Khmers overseas” to vote as well.

What is very clear in argument is the new computer system doesn’t need voters to register at their own commune/sangkat offices because the system can allocate them to their commune/sangkat voting boots by referring to their permanent address. Migrant workers in both domestic and international, should be incentivized through this voting placement allocation mechanism.

Political Paradigm of Pragmatism from the Khmer Youth part 74 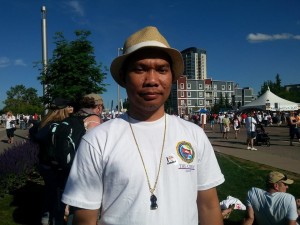