The Study of Comparative Leadership between Hun Sen and Sam Rainsy

The Study of Comparative Leadership between Hun Sen and Sam Rainsy

Hun Sen and Sam Rainsy were born from different family status and experienced younghood at different social set and schooling. Hence, both have cultivated their life at the same political environment of Cambodia and political change of the world. At the present, they both have embarked political journey at the same strength in term of two party state of Cambodia, while Hun Sen has possessed all political means in hand during his 30 years premiership comparing to Sam Rainsy who has been active opposition leader for this more than 21 years and he has been expected to becoming future premier of this country. How have the two leaders induced their public figure during these two decades? How have personal traits and external influences shaped them? And how could the political futurist define their future success?

This study is part of political leadership exploring in Cambodia by debating the two emerging leaders into its key discussion. As Cambodia have been publicly attracted by her former charismatic leader King Norodom Sihanouk who has already passed away, the two prominent leaders in this study have passed through with both collaborative and confrontational political activities with the stated former king. Leadership has variably studied by different disciplines and purposes. This study will aim to articulate the concept of leadership of modern democratic movement in combining with the emerging trends of Cambodian leadership and its viability. 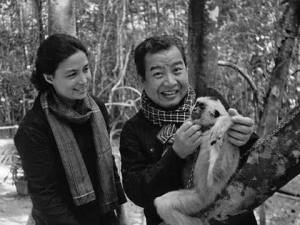 King Norodom Sihanouk and Queen Monineath Sihanouk during their coalition with the Khmer Rouge revolution in the forest. Photo courtesy: Facebook 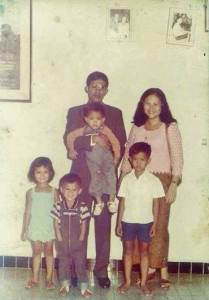 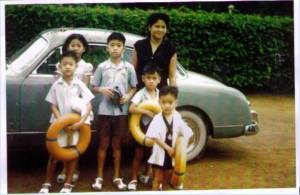 In the picture, Sam Rainsy is the youngest son in this family photo. Photo courtesy of Sam Rainsy Page on Facebook.

Some visionary video clips that can draw attention on the different styles of speech and leadership illustration.


« Political Platform Crafting and Debating
CNRP, CPP and the Court during this few days political tension »