CNRP must adopt working smart and working hard together

Chea Sim who is the President of the Cambodian People’s Party (CPP) and Chair of Senate, passed away in 8 June 2015 caused by aged illness and natural depreciation. 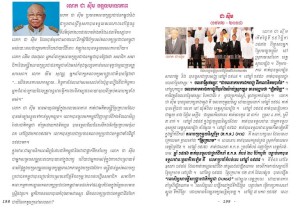 His passing away has intrigued hot debates among Cambodian youths, observers, and political commentators. There are accuracy, loopholes, and inaccuracy among those debates.

Some have viewed this passing away as a new phenomena of political landscapes in Cambodia while internal structure of CPP would be more polarized than unified. As Hun Sen said in April 29 this year about his ascending to presidency of the party whenever Chea Sim passed away surprised many supporters because as the president of the party cannot be prime minister (or could not be both) in complying to the internal rule of the party. Hun Sen’s power consolidation shall actually trigger two outcomes: making CPP more divided, or more solidified? 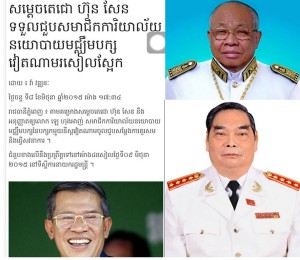 At the helm of political regression of Hun Sen popularity among the Cambodian people and the young voters, and the uncertainty of his power consolidation inside the party, Hun Sen is in need to having Sam Rainsy of the Cambodia National Rescue Party (CNRP) to balancing and stabilizing his new maneuver, or at least to neutralize his unseen opponents from inside the party.

At this point, Sam Rainsy should be able to grab all opportunities in hand such as strengthening the duties and prowess of the CNRP, a loyal and official opposition party. Among those upgrading, CNRP must step beyond the ability of “uphill struggling” opposition by transforming itself to “new vibrant alternative political party” towards government leadership.

To achieve this, the titling of Minority Leader of Sam Rainsy must not be just symbolic or shallow title paralleling to Prime Minister position without having privileges and responsibilities at all.

Moving up from Uphill Struggling Party into Alternative Government Party 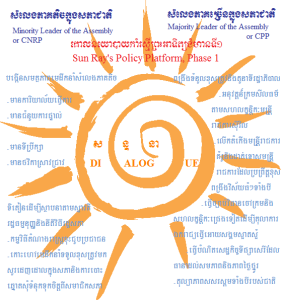 CNRP should adopt a policy of “working smart” and “working hard” combining together. Let put aside of “working hard” and “just nationalistic” rhetoric alone by transforming itself into a real political party to driving social changes as well as to embracing the Government Leadership for this 2018 election mandate.

(Article and copyright by Sophoan Seng)