When incumbent government changed which level of positions shall be changed? 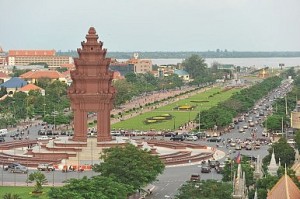 Political history of Cambodia has illustrated less scene on how changing from government to government affects on incumbent government’s level of public servants? Major scenes are regime change which changed the whole system. But during the UN’s monitored election in 1993, the change of government was become impossible as two prime ministers and other two assigned duties to each political apparatus smoothly coordinated. During that time, some leaders said the change were down to principles and superintendents of public schools. This practice has surely affected on society unity and corruption embeddedness. Now, there are questions on how CNRP plan to change level of government’s positions when this party won election in 2018?

Believe it or not, Cambodia home-made democracy is a Raem Vong (round dance) approach. We have difficulty in jumping off from god-king politics to modern democracy politics. And the constraints are level of education and embedded behaviour of self-centric leadership. 25 years since the election in 1993, the political apparatus has not only visible from under-secretaries to upper echelon, the government-led party has likely viewed all public servants including teachers and arm-forces personnel are belonged to the party. Rationales behind this are following political abstracts: 1-party has survived them from atrocity, 2-party has fed them food and other amenity, 3-party has brought peace and security to them etc. Or sometime, the top leader boasted publicly about his rationales of his monopolistic suzerainty through what he has built roads, schools, and many other public goods especially his effort to maintain peace and security and capitalism etc.
Speaking from a pragmatism approach, CNRP which is inherited from decades of struggle has also been assimilated by this political behaviour, or caused by so-called Cambodia home-made democracy as sociologists may call it collective cognitive political behaviour.
Hence, CNRP has relied on pragmatism than idealism, or we can say maintaining outputs than throwing 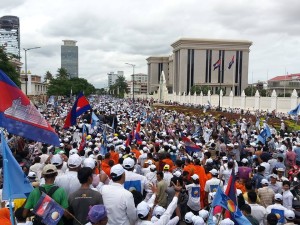 out inputs because they don’t have much inputs to be thrown. We must agree that through this 25 years, human resource has hugely built within the government (government here refers to pragmatic collective body being inclusive of public servants, civil society member activists, and members of opposition political parties etc.) By looking from outside political behaviour, CNRP might at least take model of British Westminster System to its leadership core as this style is not only practised in those commonwealth states but also most democratic states. By looking at their key policy stating that CNRP stands on national reconciliation and unity by eradicating colouring each other, discrimination and patronage system through ameliorating following 6 core principles as you can read them all here , so I do believe CNRP must be working hard and working smart combining together.
Spread the love
Posted in Culture, Economics, Education, Environment, Internet, KR Trial, Leadership, Politics, Researches | Comments Off on When incumbent government changed which level of positions shall be changed?
Tags: CNRP Leadership