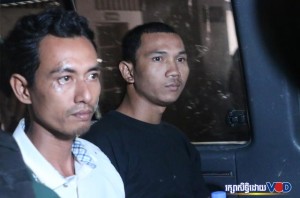 
« ‘Bored’ of Advice of the West, Hun Sen Praises His Own Leadership
Tribunal Suspects Say They Won’t Cooperate With Court »