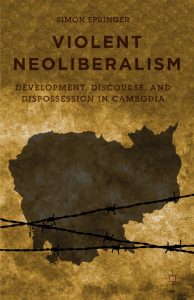 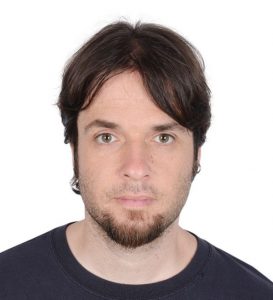 Development, Discourse, and Dispossession in Cambodia.” Courtesy of Simon Springer

“Neoliberalization in Cambodia has hindered the potential for social justice, exacerbated poverty and inequality, and is now increasingly thrusting thousands of Cambodians into a position of landless proletarianism.” This sentence is extracted from the Introduction section of a book entitled “Violent Neoliberalism: Development, Discourse, and Dispossession in Cambodia,” which was published by Palgrave Macmillan in 2015. The book explores the nexus between neoliberalism and violence based on a critical poststructuralist perspective with particular focus on Cambodia.

This book is a major contribution to particularly the field of peace and conflict studies and human geography studies, and is of great interest to those who want to inquire more into how neoliberalism can be understood and how violence and economic development intersect in the era of neoliberal globalization, especially in the case of contemporary Cambodia.

Dr. Simon Springer is the author of the book. He is currently an Associate Professor in the Department of Geography at the University of Victoria, Canada. He also serves as a co-editor for ACME: An International E-Journal for Critical Geographies and Transforming Capitalism Book Series, Rowman & Littlefield. He has previously taught at the University of Otago, New Zealand, and the National University of Singapore.

Dr. Springer has recently responded to NCSEAS’s inquiries about the book. His responses help those interested in reading the book understand about what the book is all about, and provide insight into particularly the relationship between neoliberalism and violence in Cambodia. While answering question about his vision for a better Cambodia, he asks “Is the consolidation of wealth into fewer and fewer hands desirable, or do Cambodians want to see a system where everyone is taken care of and has an equal opportunity to contribute to society?”

What is the book mainly about?

“Violent Neoliberalism” explores the relationship between neoliberalism and violence through a critical poststructuralist lens. The book seeks to expose the supposed humanitarianism of what has become the world’s most dominant political economic model as a process of transformation that is shot through with a significant degree of cruelty. In making this argument I employ a series of theoretical dialogues informed by my ongoing research in Cambodia. In particular I seek to upset and disturb the ‘commonsense’ assumptions about  development and dispossession in the country by examining the discourses that are being deployed. In looking closely at these processes I argue that the ongoing patterns of neoliberalization have become engrossed with violence, not only in Cambodia, but beyond as well.

Why was this study important to undertake?

It is critically important to look critically at neoliberalism and the various ways it has been taken up across the globe. All we hear in mainstream accounts are positive messages about free markets and the opportunities they provide. What isn’t often depicted is the fact that while there undoubtedly are opportunities for the rich to make a lot of money off of things like real estate investment, the poor are left in the lurch as they bear the brunt of spikes in rents and forced evictions to make way for new developments. Cambodia has been particularly good at protecting the interests of an elite and wealthy class of well connected individuals, but the majority of Cambodians are still struggling with poverty, increasing debt, and economic marginalization, which has only been exacerbated over the last two decades of intensifying neoliberalization.

Why do you think this book is a must-read?

I don’t want to assume this is a ‘must read’ book. I certainly hope that it will be taken up and appreciated, but I recognize that books on Cambodia aren’t necessarily at the forefront of the world’s concern or interest. The appeal for scholars and students of Cambodia should be evident, and I think folks in the NGO community will also find something useful here too, but I hope the appeal extends beyond a country study as I’m trying to make a wider theoretical argument about the ways in which processes of neoliberalization are intimately connected, or at the very least have a capacity for profound violence.

The world is on a crash course, where intense capitalism, presently in the form of neoliberalism, is literally threatening our ability to survive on the planet. I’d like to think that my book contributes to a chorus of academic voices that are crying out in defiance of this trajectory. My specific contribution is to suggest that we are only heightening our capacity for violence by remaining complacent in the face of greater neoliberalization.

To your own definition, what is neoliberalism?

To most scholars, the word ‘neoliberalism’ generally refers to a new political, economic, and social arrangement emphasizing market relations, minimal or deregulated states, and individual responsibility, but I think there is more too it than that. In particular I’m keen to emphasize its performative aspects. Accordingly, I consider neoliberalism as a discourse. It is a mutable, inconsistent, and variegated process that circulates through the discourses it constructs, justifies, and defends. This performative quality counteracts the mainstream assumptions about a ubiquitous and supposedly omnipresent ‘thing’ called neoliberalism that acts like a bulldozer. For me, I think we simply can’t neglect the internal constitution, local variability, and the role that ‘the social’ and individual agency play in (re)producing, facilitating, and circulating neoliberalism. This too is its discursive quality. The result is that we see neoliberalism play out differently in different contexts.

I take a lot of critique for calling Cambodia a neoliberal country, but I stand behind that assessment because those making that critique are typically not well versed in what neoliberalism is, thinking instead that it is a bogeyman type figure, rather than a discursive performance that is necessarily hybridized and mutated according to the context it is operating in. So neoliberalism in Cambodia, in a discursive reading, is never going to be the same as neoliberalism in Canada, Japan, Germany, or Turkey. It has it’s own unique formations that are contingent upon existing historical contexts, geographical landscapes, institutional legacies, and embodied subjectivities.

In short, neoliberalism is an ongoing performance that utilizes the idea of the market to justify and legitimize inequality and certain forms of violence.

END_OF_DOCUMENT_TOKEN_TO_BE_REPLACED

Political Paradigm of Pragmatism from the Khmer Youth part 93

This part (93), Mr. Sophan takes his precious time to bless all Cambodian compatriots to having good health and continual success for this New Year 2017. 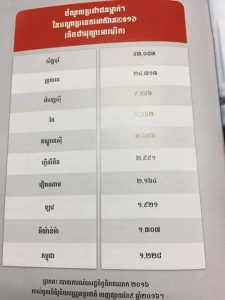 In the meantime, he concluded three distinctive social components i.e. politics, economic, and social as following: